HomeBlockchainVitalik Buterin Speaks on What Ethereum (ETH) and Crypto Should Become in...
BlockchainCryptocurrency 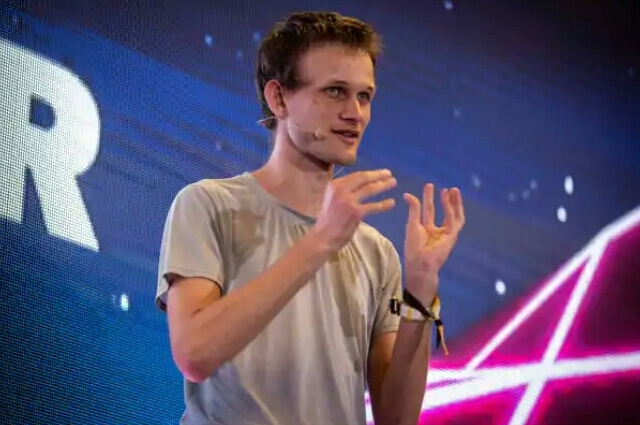 In a closed press conference at the ongoing ETH Seoul 2022 Hackathon, the co-founder of Ethereum (ETH) spoke on the future expectations of the Ethereum blockchain and the crypto industry in general.

Among the things he talked about were ZK-Rollup technology, quantum computing, and why crypto should transform into something useful in the next decade. He also spoke about the completeness of the Ethereum blockchain after the Merge and the challenges it would face in the future.

“I think the next 10 years is when crypto has to transform into something that is not based on promises of being useful in the future but is actually useful,” he said. Because a lot of applications are promising in theory, but they’re just completely not viable because of scaling issues today,” he said.

On ZK-Rollup technology, Vitalik Buterin noted that he expects some existing Optimistic Rollup projects focused on making Ethereum scalable to embrace ZK-Rollups because of the key advantages of the latter.

Therefore, the Ethereum co-founder contends that zero-knowledge proof-based ZK-Rollups would prevail over Optimistic Rollups technology in the coming years.

“ZK is a technology that’s just hard to build. There are a lot of challenges, and Optimistic Rollup technology is more mature. In the longer term, ZK-Rollups are eventually going to beat Optimistic Rollups because they have these fundamental advantages, like not needing to have a seven-day withdrawal period,” he said.

It has been frequently noted by some crypto pessimists that quantum computing could kill off blockchains. However, in the closed press conference, Vitalik Buterin said that Ethereum will undergo future developments to be safe from potential quantum computing attacks.

In his words, “we have to upgrade at some point for quantum safety, mulling a switch to new forms of cryptography.” He added; “we are constantly very close in touch with the AI researchers that are continuing to work on that problem and making better algorithms, but that’s far away, and that could be 10, 20, or 30 years from now.”

The biggest upgrade on the Ethereum blockchain, the Merge is expected to occur in September. This event will cause the second-largest crypto project by market capitalization to migrate to a proof-of-stake (PoS) consensus algorithm.

Meanwhile, Buterin noted that the Ethereum blockchain will be 55% complete after implementing the much-anticipated merge.