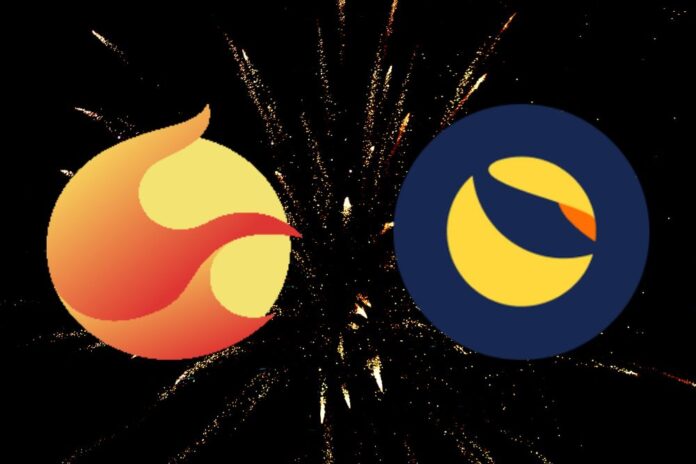 Do Kwon, the founder of CEO of the firm expected the close down of the old chain in order to concentrate fully on the new chain (now recognized as Terra), but a number of other community members showed their beliefs in the revival of Terra Classic (LUNC). They believed that the cryptocurrency can be revived through a vigorous and continuous burning process.

The two cryptocurrencies are operating differently because they are not of the same chain. But some members are presently clamoring for a possible merge of the two chains. However, the recent response from a staff of Terraform Labs confirmed that it’s impossible for the two blockchains to merge in the future.

According to a recent report from @CowboyCryptonaire, a pseudonymous member of the Terra Classic community, @Jared_TFL of Terraform Labs said COSMOS chains cannot be merged, so there is no possibility for LUNC and LUNA to merge anytime in the future.

He also reported @DemonMonkey777 saying that “it’s not really feasible, LUNC and LUNA are sister chains and they shouldn’t be merged”

In response to the report on Twitter, @Jared_TFL reiterated his stance on the chance of getting LUNA and LUNC together on the same chain.

@Jared_TFL tweeted, “Yeah, it’s really about what you mean by “merge” They are sovereign chains. You can’t change that factor. If you mean you would like developers to work together, that is happening. That is feasible.”

Yeah, it’s really about what you mean by “merge”
They are sovereign chains. You can’t change that factor.

If you mean you would like developers to work together, that is happening. That is feasible.

Remarkably, discussions in relation to the merge of the two networks were trending on Twitter yesterday, surpassing 15,000 tweets, according to Asobs, a crypto content creator.

The #LUNC community is really talking up the $LUNC & $LUNA merge. 👀

What does a merge mean to you? 🤔