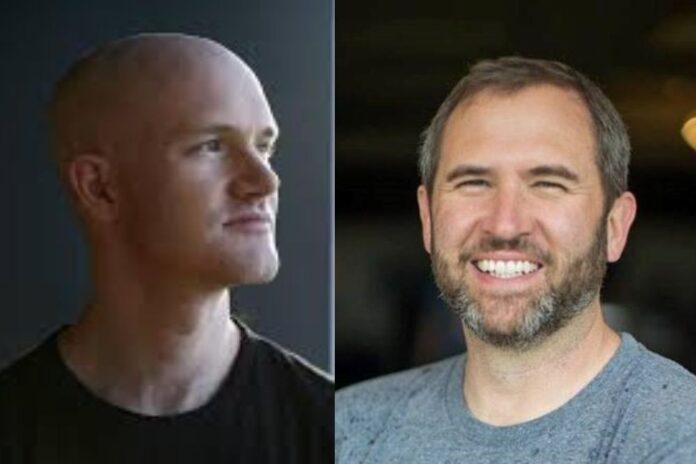 Brad Garlinghouse, the CEO of Ripple, has recently used a meme GIF to welcome Brian Armstrong, the CEO of the largest US-based crypto exchange, Coinbase, to the party as the United States Securities and Exchange Commission (SEC) threatens to sue the exchange if it goes ahead with its plan to launch Yield Product.

It can be recalled that the same Coinbase suspended the digital token XRP from its trading platform after the U.S. SEC sued Ripple, the major distributor of XRP, for allegedly selling the cryptocurrency as an unregistered security for relatively seven years.

In the course of the legal tussle with the SEC, Ripple repeatedly stated that an eventual victory will bring regulatory clarity to the crypto industry in the United States. Considering the latest development, Coinbase is about to feel similar heat.

A couple of hours ago, Coinbase CEO Brad Garlinghouse, took to Twitter to divulge his displeasure regarding the SEC’s threat to file a lawsuit if the trading platform, Coinbase, launches its Yield Product as planned.

In a series of tweets that have since gone viral, Armstrong narrated how the regulatory agency tagged the product as security without necessary clarity as to why it’s a security.

“Some really sketchy behavior coming out of the SEC recently. Story time… Millions of crypto holders have been earning yield on their assets over the last few years. It makes sense, if you want to lend out your funds, you can earn a return. Everyone seems happy.

“A bunch of great companies in crypto have been offering versions of this for years. Coinbase came out recently and said we would be launching our own version…

“They responded by telling us this lend feature is a security. Ok – seems strange, how can lending be a security? So we ask the SEC to help us understand and share their view. We always make an effort to work proactively with regulators, and keep an open mind.

“They refuse to tell us why they think it’s a security, and instead subpoena a bunch of records from us (we comply), demand testimony from our employees (we comply), and then tell us they will be suing us if we proceed to launch, with zero explanation as to why.”

Read Also: I Would Have Become a Millionaire If Had Invested In Cardano (ADA) Instead of XRP –Investor Laments

In response to Armstrong’s ordeal with the SEC, Brad Garlinghouse, the CEO of Ripple, who has been in a legal tussle with the regulatory agency over the past couple of months, said “welcome to the party, Pal.”