HomeCryptocurrencyMicrostrategy's Michael Saylor Supports Claims That Ethereum is at Risk of a...
CryptocurrencyNews 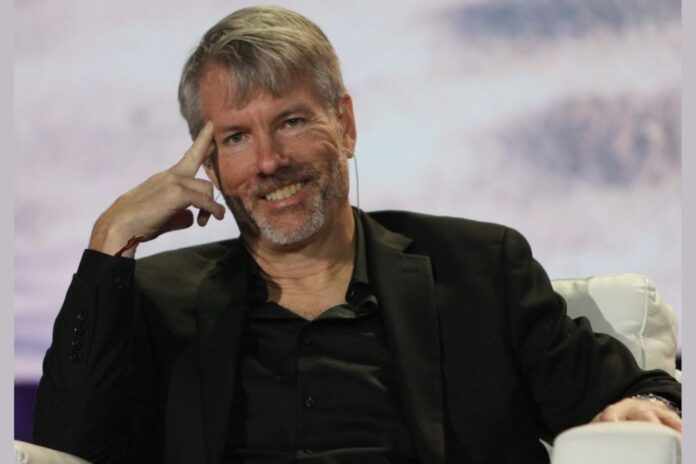 Michael Saylor, the founder of Microstrategy, the largest-known institutional holder of Bitcoin continues to flag the opinion that the leading crypto asset BTC, is the only stable, trusted, and efficient cryptocurrency.

A thousand and one times, the Bitcoin maximalist has publicly stated that altcoins including Cardano (ADA), XRP, and the second-largest cryptocurrency Ethereum (ETH) are unregistered securities and unethical. Recently, Saylor urged the United States securities agency to shut down all altcoins.

On Wednesday, Michael Saylor took to Twitter to reiterate his claims on the Vitalik Buterin-designed blockchain and crypto asset. This time around, he did not only imply that ETH is unstable and inefficient, but the Microstrategy founder also added that the Ethereum blockchain has a weak design, supporting Matthew Kratter’s claims that ETH is at risk of a catastrophic implosion like Do Kwon’s Terra (LUNA).

“Bitcoin is engineered to be stable, robust, and increasingly secure & efficient over time based on Proof of Work and ASIC technology advances. Proof of Stake protocols are inherently unstable, inefficient, opaque, and risky due to their fragile design,” Saylor said.

#Bitcoin is engineered to be stable, robust, and increasingly secure & efficient over time based on Proof of Work and ASIC technology advances. Proof of Stake protocols are inherently unstable, inefficient, opaque, and risky due to their fragile design. https://t.co/j9FWNIH3MP pic.twitter.com/ZVq086tvfw

The most prominent smart contract platform, the Ethereum blockchain, transitioned from Proof of Work to Proof of Stake in September following the Merge upgrade. Consequently, ETH staking was enabled on the blockchain as the network parted ways with mining.

Data from the Staking Rewards platform show that approximately 16,534,031.24 Ether worth $21,286,407,835 are staked on the network, at the time of writing. Worthy of note is that users cannot unstake their Ether assets as Ethereum developers plan to enable staked ETH withdrawals in March 2023.

It is on these facts that Matthew R. Kratter, another BTC maximalist likens the Ethereum network’s current status to the collapsed Terra (LUNA) and BlockFi projects. He stated that proof-of-stake blockchains are fragile, citing that the Ethereum blockchain could record a Terra-like meltdown.

According to him, several factors like the Feds policy and the SEC’s quest to regulate the nascent industry through enforcement could trigger another 50% ETH crash to $660. Furthermore, Kratter mentioned in the Youtube video that if this happens and then the withdrawal of staked ETH is enabled, users may not hesitate to unstake their assets, which could lead to aggressive dumping of ETH in the crypto market.

In the video’s description, he wrote, “the lower Ethereum’s price falls, the more people will choose to unstake their coins, which further erodes Ethereum’s security and could lead to a death spiral. Regulators need to look into whether proof of stake protocols like Ethereum and Cardano are at risk of catastrophic implosions like Terra Luna.”Oi

“Institutional investors need to be able to explain to their LPs how and why their investment in ETH won’t end as badly as Terra Luna,” Matthew Krater added.