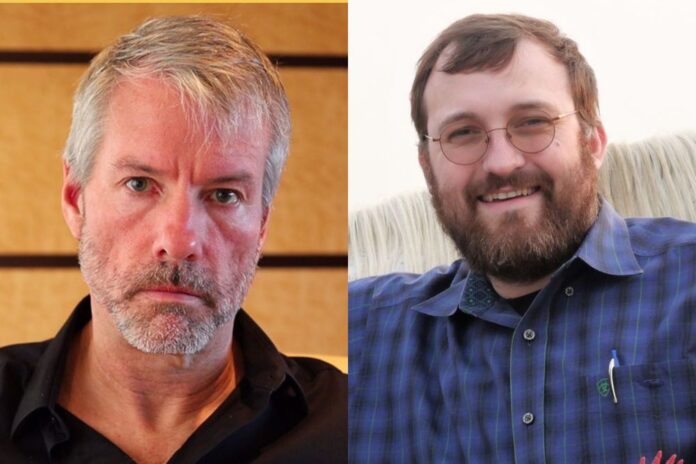 Charles Hoskinson, the CEO of IOG, has recently reacted to the opinion of Michael Saylor, the founder and CEO of MicroStrategy, on the security status of Cardano (ADA), the 8th largest cryptocurrency by market capitalization.

The MicroStrategy chief, Saylor, who unsurprisingly classified Bitcoin (BTC), the largest crypto by market cap, as a commodity, stated bluntly that Cardano (ADA) is a security.

In an interview with AltconDaily a few days ago, Michael Saylor said, “To be a commodity network, there has to be no issuer, no initial coin offering (ICO), no central organization and if you study the history of Cardano, it’s pretty obvious it’s a security. It checks all the boxes, so I don’t know how you actually get around intellectually to convincing yourself that it’s anything other than a security.”

In a new ask-me-anything (AMA) session, Charles Hoskinson stated that Cardano is not only more decentralized than Bitcoin (BTC), but it also has more real-world use cases than the flagship digital currency. He pointed out that the major use case of BTC is speculation.

Read Also: Charles Hoskinson: Cardano (ADA) Is Well-Built To Last for Everyone

According to Cardano creator, Bitcoin maximalists, including Saylor, remain exclusively defensive of BTC because of their whopping financial commitment to it. He said if Bitcoin fails, its maximalists will certainly go bankrupt.

“Nobody controls [ADA]. It’s completely decentralized, far more than Bitcoin. It has more use and utility. People buy the token not to speculate, which is the only thing they can do with Bitcoin. They buy the token to use it for stuff, medical records and whatever else they’re doing, because it has real-life utility. So that’s a security, but the [crypto] that the only thing you can do [with it] is speculate, is not…?

“It’s just one of those cases where [Saylor is] digging deep, fully digged in with Bitcoin, so it’s got to work, because if it doesn’t work the way he hopes, he goes bankrupt. So I don’t give much attention to it, and I don’t think it’s a productive conversation at all…

“Saying [that] at any given time, [in] a proof-of-stake system, somebody can just arbitrarily take all your money and shut it down, it’s not honest. It’s just libel.

“It’s not true. Protocols don’t do that. They feel they have no burden of proof or evidence of the statements they’ve made, and they say the only thing that matters is their thing, even though their thing doesn’t do anything. It just stores value.”