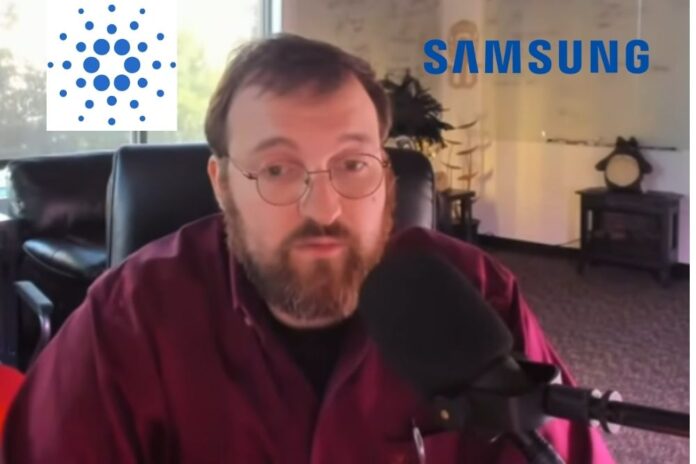 Samsung Electronics America, the American subsidiary of the South Korean tech behemoth, has recently interacted with Charles Hoskinson, the CEO of IOG, on Twitter, which many have termed as a confirmation of the new exposure to Cardano, the largest proof-of-stake (PoS) blockchain.

It was earlier reported that the tech giant Samsung is getting exposure to Cardano through its new partnership with Veritree, a blockchain planting management system.

Cardano Foundation tweeted, “Another great initiative powered by the Cardano blockchain. @SamsungUS to plant 2 million trees in Madagascar by the end of the first quarter of 2022 in partnership with Veritree, a Cardano blockchain-based climate solutions platform.”

According to the report, the new partnership between Samsung and Veritree was announced during the annual Consumer Electronics Show (CES) held in Las Vegas.

A couple of hours ago, Charles Hoskinson, the creator of Cardano shared a photo of himself showing that he was present at the annual Consumer Electronics Show (CES) held in Las Vegas, where the partnership was officially announced.

The photo gained vast reactions from the crypto community members, including Samsung Electronics America, which could be termed as the confirmation of a new relationship with Hoskinson and Cardano.

Samsung US tweeted, “Hope you have some fun this week!”

Hope you have some fun this week!

Read Also: Charles Hoskinson: We Aim To Make Cardano As Ubiquitous As Internet and Be Used By Billions

Charles Hoskinson also responded, “I will especially since I got this amazing note phone!”

I will especially since I got this amazing note phone! https://t.co/UBCmp9hnpq

Veritree’s reforestation verification records are expected to be stored on the Cardano blockchain. The technology makes it possible to verify data from planting sites and link every individual donation to the area of land it helped to restore.

Cardano (ADA) To Finally Be Listed On a Japanese Crypto Exchange

Cardano (ADA) Hits Milestone of Over 2 Million Wallets As Its...