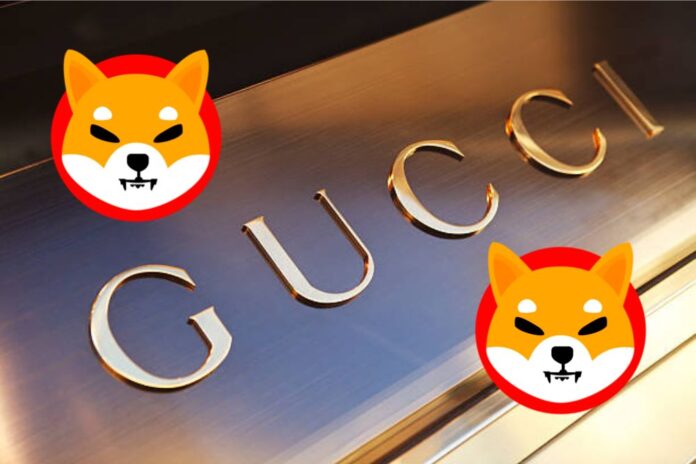 Gucci, a leading fashion brand based in Italy, will start accepting Shiba Inu (SHIB) and some other top cryptocurrencies such as Bitcoin (BTC), Ethereum (ETH), Dogecoin (DOGE), and a number of other digital currencies, including five stablecoins, at select locations in North America by the end of this month.

According to a report published by Vogue Business, customers will be able to make payments with the aforementioned cryptocurrencies and others with the aid of a QR code.

“Gucci is tapping into the crypto crowd. The brand will accept cryptocurrency payments in some US stores at the end of this month, and plans to extend the pilot to all of its directly operated North America stores this summer.  The move marks a major validation for the currency from a leading luxury brand.”

“Gucci is always looking to embrace new technologies when they can provide an enhanced experience for our customers. Now that we are able to integrate cryptocurrencies within our payment system, it is a natural evolution for those customers who would like to have this option available to them.”

A number of businesses around the world have started testing out crypto as a new means of initiating payments. Back in March, Off-White announced that flagship stores in Paris, London, and Milan had begun accepting payments in various cryptocurrencies such as Bitcoin, Ethereum, Binance Coin, Ripple, and stablecoins Tether and USD Coin.

It was also announced in August 2021 that German fashion house Philipp Plein has started to accept cryptocurrencies. In 2022, the company expects to receive $16 million worth of crypto payments amid growing demand.

In February 2022, an Italy-based fashion designer, John Richmond, also sealed a partnership with Shiba Inu (SHIB), which continues to boost the reach of the dog-themed cryptocurrency in the fashion world.