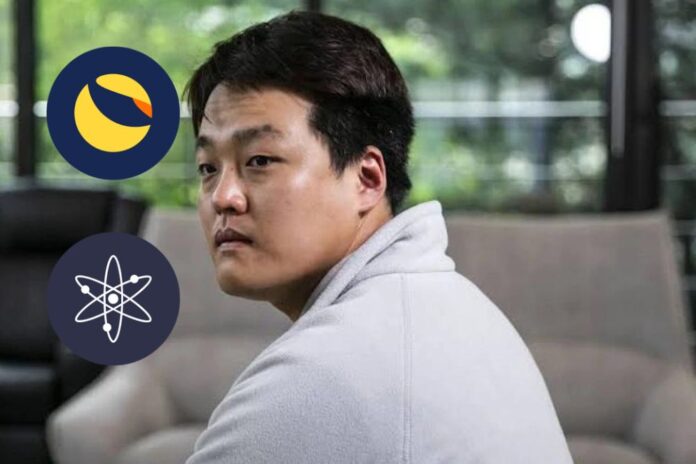 Terra founder Do Kwon continues to show support for its former project Terra Classic, which is now managed by the Terra Rebels group and the LUNC community.

In a recent announcement, the beleaguered blockchain founder Do Kwon affirmed that the Terra Classic network and LUNC token will be integrated into Terra Station. This entails that Terra Station, the official wallet of the Terra (Luna) blockchain now supports the LUNC token, alongside other Cosmos chain-related tokens like ATOM.

Do Kwon made this confirmation after informing Cosmos chain core teams that are interested in Terra Station integration to send him a direct message. He added that the integration service will be free.

Per the update, other Cosmos blockchains supported on Terra Station include Sei Network, Juno Network, Comdex, and ATOM among others.

Why LUNC Support on Terra Station is Important

Notably, Mantlemint is a fast core optimized for serving massive user queries. This further implies that the Terra Classic network will now be able to handle massive queries, due to its integration on Terra Station.

“Most won’t get this, but more interesting than station will be mantlemint support – it’s the most performant rpc in cosmos (basically backend for apps) which comes as a package,” Kwon stated. In response, Jacob Gadikian, a Cosmos SDK user concurred with Kwon’s assertion, adding that the codes underneath Terra Station are topnotch.

While some LUNC community members commended him for his continued support for the Terra Classic ecosystem, some expressed their resentment for Kwon, citing the May collapse of the LUNC chain.

Read Also: Do Kwon Laughs Off Jail Term for Terra Collapse, John Deaton Lashes Out Saying He is Remorseless

Meanwhile, another community member claimed that the integration of several Cosmos chains on Terra Station marks the beginning of the Interchain Alliance project by Terra (LUNA).

To note, Alliance is an open-source Cosmos SDK module that leverages interchain staking to form economic alliances among blockchains. On November 18, the Terra (Luna) team announced that the Alliance GitHub and documents are now open-source.

As earlier reported by Timestabloid, Terra founder Do Kwon recently brought to the notice of the Terra Classic community the existence of an Ethereum multisig wallet, containing non-Terra assets worth about $4.16 million at the time. Consequently, several debates are still ongoing regarding the handling of these assets.