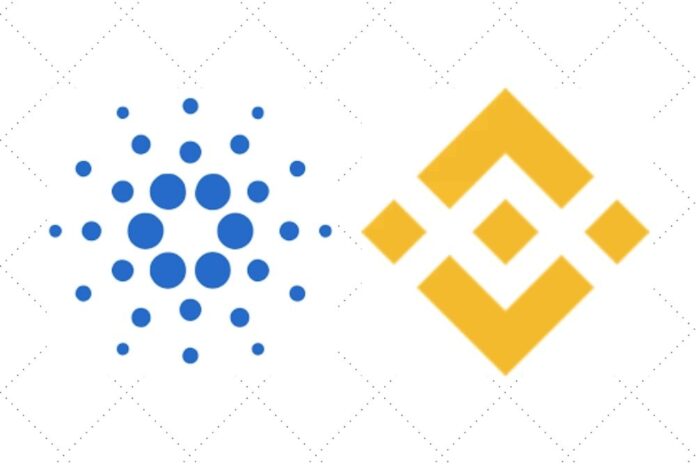 As the Cardano Vasil hardfork combinator event edges closer, Binance, the largest crypto exchange by trading volume and the leading blockchain ecosystem is putting finishing touches to be ready for the upgrade. It should be noted that the long-awaited upgrade aims to make the Cardano blockchain more attractive by improving its scalability and interoperability.

In a long Vasil-centered update, the Input Output team, the body saddled with the development of Cardano, disclosed that Cardano wallets configurations and Nix docker set-up are among the last pieces left to be completed in the Vasil upgrade process.

Per the IOG statement, this step is crucial as it would enable crypto exchanges to integrate the upgrade.

The Input Output Global (IOG) team further highlighted that the widely patronized Binance exchange is already on course to update their Cardano nodes to the latest version (v1.35.3), which is fully compatible with the Vasil hardfork.

“Binance has announced they are updating their Cardano Nodes; so we’re on the way… kudos as ever to the Cardano Foundation exchange team for supporting this process,” the tweet read.

@Binance has announced they are updating their #Cardano Nodes; so we’re on the way… kudos as ever to the @cardonostiftung exchange team for supporting this process👏

As aforementioned, the recently released Node 1.35.3 is the version expected to precede the much-awaited Vasil hardfork as it provides the needed capabilities.

As of the time of filing this report, 49% of Cardano staking pool operator (SPO) nodes have upgraded to version 1.35.3, which is huge progress in the Vasil upgrade journey. Just a few days ago, only 34% SPOs were running node 1.35.3, as reported by Timestabloid earlier this week

According to data from PoolTool, 50% of SPO nodes are still operating on version 1.34.1, whereas 75% of nodes have to be on the newest version before the upgrade can happen.

↗️SPOs/nodes: SPOs running node 1.35.3 (the #Vasil release candidate) now account for 40% plus of mainnet block production in the current epoch.
📋 The metric we’re chasing is 75%.

Furthermore, the team reported that there are no new bugs and no hard-fork blockers as of August 26. This further consolidates Charles Hoskinson’s claims that the upcoming Vasil hardfork is looking good. Overall, the team is very close to implementing the upgrade which has been postponed multiple times.