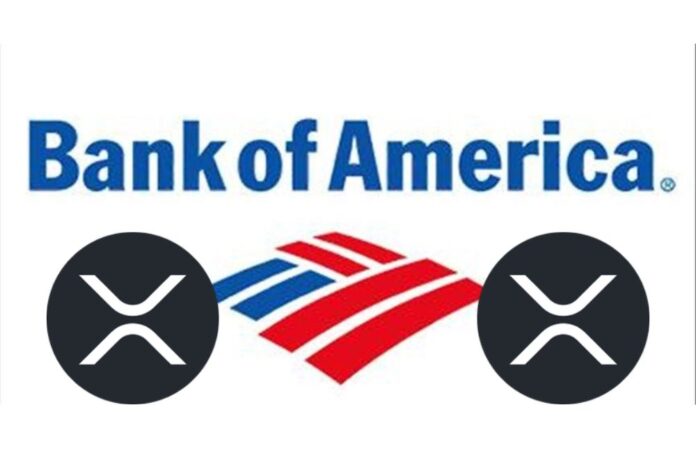 Ripple, the crypto solutions company which offers cross-border payment services is also known for its On-Demand Liquidity (ODL) merchandise. Whereas numerous fintechs have partnered with Ripple to use its ODL services, the ongoing XRP lawsuit has hindered more enterprises from joining forces with the San Francisco-based crypto firm.

Bank of America is a top American multinational investment bank and financial services provider headquartered in North Carolina. According to Linqto Director of Member Sales, Nick Burrafato, Ripple CEO Brad Garlinghouse said at the Ripple Swell 2022 summit that Bank of America is waiting for the XRP lawsuit to end before it starts leveraging Ripple’s ODL services.

Garlinghouse added that the banking firm stands to gain big if a settlement happens between the SEC and Ripple. He believes that adopting the On-Demand Liquidity products would give Bank of America a huge competitive advantage over its competitors.

“[Brad Garlinghouse] made it clear that they’re ready to settle with the SEC as long as they can get clarity on XRP. I asked him if American companies were waiting on the sidelines to jump in the game once clarity happens – he said ‘Absolutely.’

It bears mentioning that the Bank of America is currently a member of the RippleNet committee. The top bank aligned with Ripple way back in 2020.

Read Also: Brad Garlinghouse: Ripple Will Continue to Lead in Terms of Trust and Transparency

In response to being named as a member of Ripple’s global payment network, Julie Harris, the then Bank of America’s head of global banking said;

“It’s about you as a client and the infrastructure you have and the ability for us to integrate, whether that’s with platforms and capabilities that we built or partnerships that we have with the likes of Ripple or Swift. These are fintechs that we’re partnering with. They’ve come through all of our rigor of legal and compliance, and we’re able to leverage our banking as a platform to deliver that to you.”