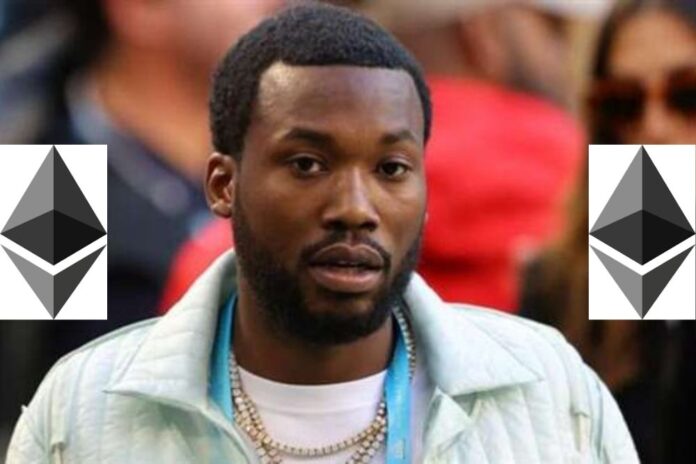 Robert Rihmeek Williams, an American rapper, known professionally as Meek Mill, has recently urged his teeming fans to get an Ethereum address for them to have access to his new mixtape.

Meek Mill, who has over 10 million followers on Twitter, made this known in a viral tweet on 9th January 2021. As a matter of urgency, the popular rapper said his fans would need a Google search on how to own an ETH address.

Meek Mill tweeted, “You gone need a eTh address to hear this new mixtape … google how to get one asap! Now I can really rap.”

In 2021, the love affair between hip-hop and crypto started growing to hit new heights. Back in January 2021, the “Going Bad” singer, Meek Mill told his fans that he needed everyone that rock with him to learn about how crypto works as soon as possible.

Robert Rihmeek Williams tweeted, “Everybody that rock with me to learn about stocks and crypto currency!!!!!! ASAP!!!!!!’”

Also, RnB singer Akon has long been very interested in crypto, even launching his own cryptocurrency known as Akoin of which he is the co-founder and CEO.

The Smack That singer who rose to worldwide fame because of his cooperation with Eminem back in 2009, has said he is embarking on a project to build a “futuristic cryptocurrency themed city” known as Akon City back in his home country Senegal.

In the past years, rappers Kanye West, Megan Thee Stallion (who had a massive 2020 hit with WAP), and Lil Pump all joined in and declared themselves as Bitcoin fans.