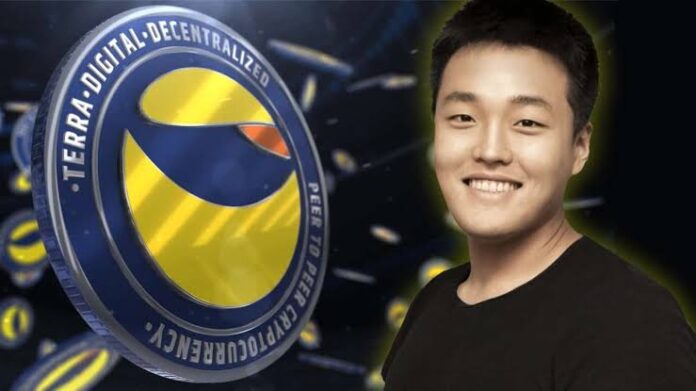 A flow of undisclosed large-scale funds transactions has been tracked down to Do Kwon and TerraForm Labs. These slush funds amount to about $3.6 billion (about 4.6 trillion won) in UST and USDT, according to Uppsala Security and CoinDesk Korea.

Claims are that the funds would have been used for money laundering and/or price manipulation on both DeFi platforms and centralized exchanges, during the unusual collapse of the Terra ecosystem tokens – old LUNA (now LUNC) and UST.

The Luna Foundation Guard (LFG) and TerraForm Labs have always disclosed the size and operational usage of their virtual assets holdings from time to time.

Previously, CEO Do Kwon noted that the Luna foundation will utilize its crypto holdings such as BTC to defend the price of UST in any circumstance of depegging. Unexpectedly, when UST lost parity to $1, the foundation’s holdings could not salvage the situation.

The unfortunate occurrence for investors then triggered an investigation of the Luna Foundation Guard, Do Kwon, and TerraForm Labs by Uppsala Security together with CoinDesk Korea.

With the use of on-chain data forensic techniques, the blockchain security firm made shocking discoveries. The first finding which was reported on June 14 revealed that the wallet which caused the fall of UST belonged to Do Kwon’s TerraForm Labs. The investigation team then concluded that it was an insider attack.

“It turned out that the wallet that is being pointed out as an ‘attacker’ by causing a transaction that caused a fatal blow to the algorithm-based stablecoin project Terra is actually a wallet managed by Kwon Do-hyung’s Terraform Labs. This means that the Terra collapse, which caused tens of trillions of won in investor damage, was caused by internal actions, not external attacks. It has been confirmed that the prosecution, which is investigating the Terra incident, has also confirmed this situation and is investigating.”

“Uppsala Security and CoinDesk Korea intensively analyzed the transaction history of the wallet (0x8d47f08ebc5554504742f547eb721a43d4947d0a), which is pointed out as an attacker wallet by various analysis companies around the world. (For convenience, this wallet is referred to as ‘Wallet A’,” the report added.

Per another report shared on Tuesday, the blockchain security firm Uppsala Security alongside CoinDesk Korea underwent an additional investigation into the old Terra LUNA crash that happened on May 7.

Again, a suspicious fund flow worth $3.6 billion in UST and USDT was found in a wallet related to Do Kwon’s Terraform Labs.

A Case of Insider Attack?

With the available exhibits presented by Uppsala Security, the blockchain security firm holds that the collapse of the Terra ecosystem tokens (UST and LUNC) that landed investors in mega losses was an insider attack, plotted within Do Kwon’s  TerraForm Labs and other accomplices.

Interestingly, it appears the hacktivist group known as Anonymous holds the same belief. Anonymous recently vowed to bring Do Kwon to justice over the LUNC and UST crash incident.