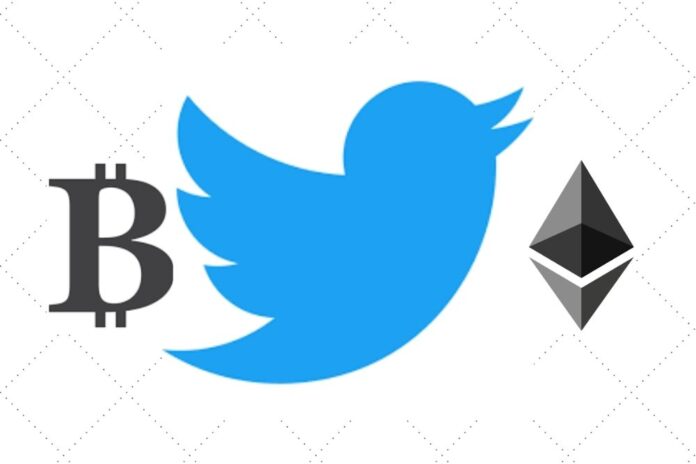 Twitter, the widely used microblogging platform, seems to be testing the incorporation of cryptocurrency features, such as Bitcoin (BTC) and Ethereum (ETH) addresses, to its tip Jar service.

This was revealed on Twitter a couple of hours ago by Alessandro Paluzzi, a mobile developer who claims to have reverse-engineered the feature.

Paluzzi accompanied the update with screenshots that display interfaces that will enable users to add their Bitcoin (BTC) and Ethereum (ETH) addresses to their profiles. A notice is written under each prompt as follows: “People will send payments to the [Bitcoin or Ethereum] address you’ve entered above.”

According to the mobile developer, the newly proposed feature is meant to enable users to receive tips in cryptocurrency via the Tip Jar feature. The service will allow Twitter users to send funds seamlessly to other accounts.

Alessandro Paluzzi tweeted, “Twitter is working to allow you to add your Bitcoin and Ethereum address to your profile to receive tips via the Tip Jar feature. It is not necessary to link a Strike account to add them to your profile.”

ℹ️ It is not necessary to link a Strike account to add them to your profile. pic.twitter.com/xT9Tg1vdzR

Jack Dorsey Hinted At This Back in July

Jack Dorsey, the CEO of Twitter, had hinted at a possible integration of Bitcoin (BTC) with the proposed Tip Jar service back in July.

Although the news shared by Paluzzi is still unofficial, Twitter’s product lead, Kayvon Beykpour retweeted the post about the underway service on 1st September with the lighting and “soon” arrow emoji, proving the authenticity of the upcoming development.

A report from MacRumors on 31st August claimed that the BTC tipping feature will use Lightning Network payment platform Strike. Howbeit, according to Paluzzi, it’s not necessary to link a Strike account to add Bitcoin (BTC) addresses to user profiles.