Solana (SOL) Now the Most Staked Cryptocurrency by Value 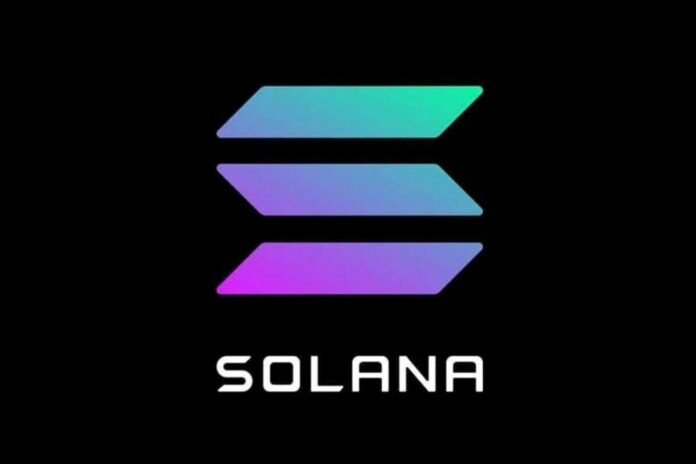 As the adoption of blockchain technology increases, investors are turning to cryptocurrency staking for the diversification of their sources of passive income.

In terms of the total value of digital assets staked as of 18th November 2021, Solana (SOL) is the most staked digital asset by value, with $80.5 billion staked on the network, corresponding to 77.37% of eligible tokens as revealed by Staking Rewards, a prominent data source for staking and crypto-growth tools that currently covers 261 yield-bearing assets. 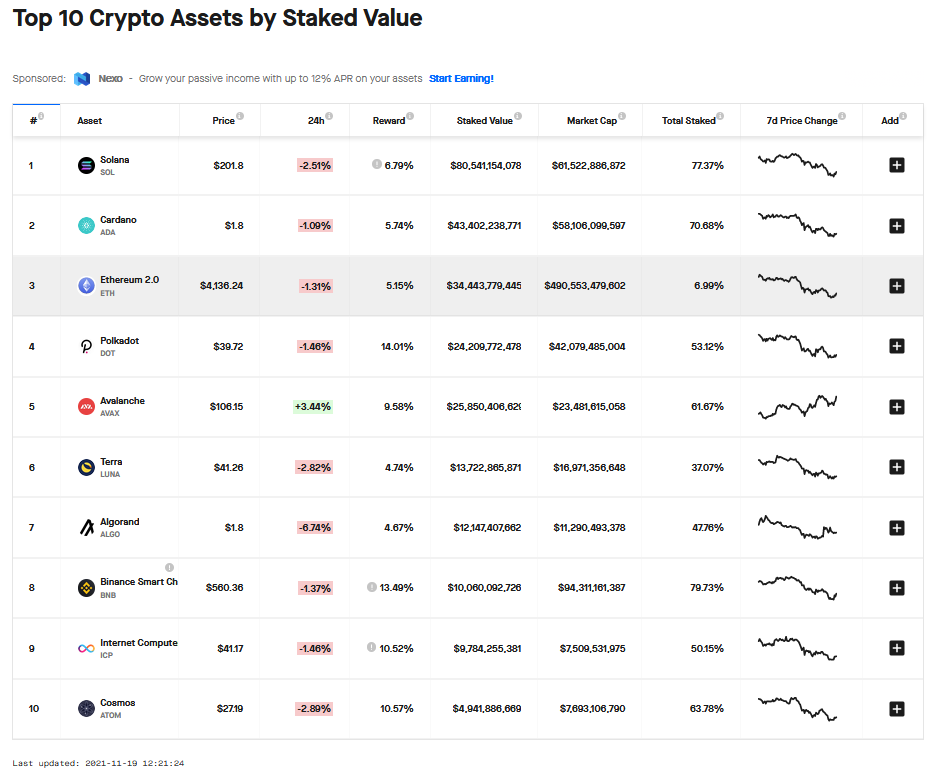 Ranked second by the staked value is Cardano (ADA), currently over $43 billion, 70.68% of the total value. Ethereum 2.0, Polkadot (DOT), and Avalanche (AVAX) round out the top five crypto assets in terms of staked value.

Interestingly, in a recent report, it was highlighted that figures from Pooltool, a Cardano data aggregation tool, indicated that ADA’s staking wallets reached a total of 942,117 staking addresses as of November 10, 2021, adding relatively 120,000 new staking addresses in just two months.

However, it’s worth noting that with the recent rise of Solana (SOL) to become the 5th largest crypto by market cap, the order of assets by staked value has changed considerably since 20th April 2021, when the value of the top 10 staked cryptocurrencies stood at $99.2 billion.