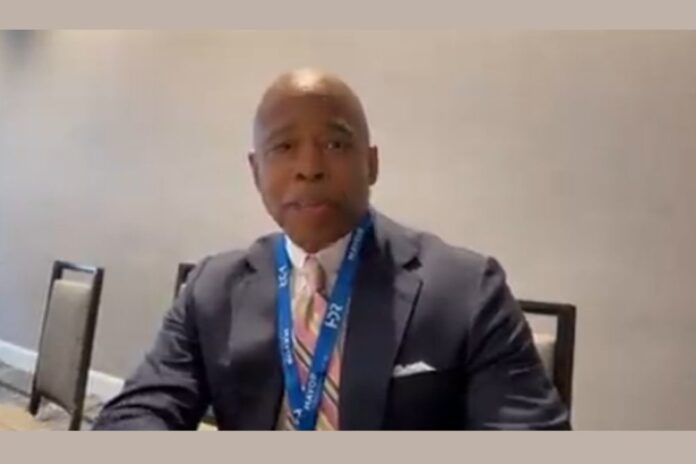 Eric Adams, the Mayor of New York City, who promised to take his first three paychecks in crypto, has finally received his first paycheck in the form of Bitcoin (BTC) and Ethereum (ETH) via the leading US-based crypto exchange Coinbase.

The Mayor made this known in a video posted on Twitter about two days ago. In the viral video, Eric Adams said:

“Promise made, promise kept. Took my first check in bitcoin and ethereum. This is a reason to highlight. New York must be the center for innovation and new ideas. I want my young people to thrive in every industry.”

It was announced on the official website of the city of New York that Mayor Adams will receive his first paycheck in form of crypto.

The announcement reads in part as follows:

“Before funds are made available, Mayor Adams’ first paycheck will automatically be converted into cryptocurrency (Ethereum and Bitcoin) via Coinbase, a secure online platform for buying, selling, transferring, and storing digital currency.”

Quoting Mayor Adams, the announcement says, “New York is the center of the world, and we want it to be the center of cryptocurrency and other financial innovations. Being on the forefront of such innovation will help us create jobs, improve our economy, and continue to be a magnet for talent from all over the globe.”

Matt Fraser, New York City Chief Technology Officer, also said, “From being the primary means by which we close both the digital and financial divide, technology continues to be the great equalizer. This step taken by the mayor provides a leading example of how we can empower people through tech with a more diverse set of options to manage their finances.”

Back in November 2021, NYC Mayor Eric Adams announced that he would take his first three paychecks in cryptocurrency, Bitcoin (BTC), and Ethereum (ETH) precisely.

However, it was emphasized by the city that no employee can be paid directly in crypto, but anyone can convert paychecks into cryptocurrencies of choice via exchanges such as Coinbase.

“Due to U.S. Department of Labor regulations, New York City cannot pay employees in cryptocurrency. By using a cryptocurrency exchange, anyone paid in U.S. dollars can have funds converted into cryptocurrency before funds are deposited into their account.”

Earlier this month, when Bitcoin was trading around $41,000 after a sharp fall, the Mayor said, “Sometimes the best time to buy is when things go down, so when they go back up, you’ve made a good profit.”