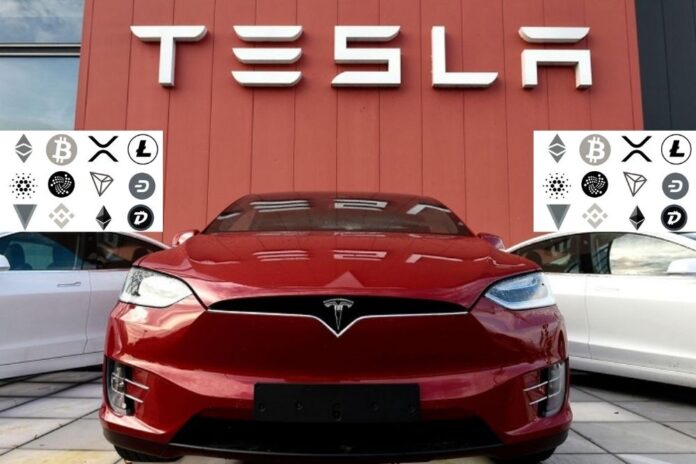 In a conversation with CNBC, Raval said he can run free mining software on his Apple Mac Mini M1. The MAC is powered by an inverter that connects to the 12V socket on his 2018 Tesla Model 3. He added that he’s also connected Graphics Processing Units (GPUs) to his car battery.

The report says he has also hooked up interconnected graphics processing units (GPUs) to the frunk of his Tesla, powering these machines with the car’s internal battery. Although it risks voiding his car warranty, Raval said it’s worth it.

Raval added that he mines relatively 20 hours a day off his Tesla battery. Although the price of altcoins such as Ethereum (ETH) is highly volatile, Raval has baked in other backstops to ensure profitability.

He said his car “will use its earnings, from both transportation services and cryptocurrency mining services, to pay for its own expenses, like repairs, electricity costs, and upgrades, as well as invest them into a diversified portfolio of emerging crypto-community networks.”

Another Bitcoin miner, Alejandro de la Torre, pointed out that ultimately, mining from a Tesla is just like connecting to any other power source.

“The main component is the price of the electricity. If it’s cheaper doing it through an electric vehicle, then so be it.”

Similar to Siraj Raval, another crypto mining enthusiast, Chris Allessi, has tried out a couple of different ways to transform his Tesla Model S into a crypto mining rig.

In a simple term, Bitcoin/crypto mining is the process whereby new bitcoins are created in an energy-intensive way, and transactions are validated on the blockchain. They do that by running specialized software that crunches complicated math equations. A computer and power are needed to participate.

According to Allessi, he attempted Bitcoin mining by plugging a Bitmain Antminer S9 directly into his Tesla car battery, with the aid of a power inverter. He said the inverter adjusts the voltage of the car’s electric battery to a level that’s compatible with his Antminer.

He claimed that he has also used his Tesla car’s internal firmware for altcoins mining.