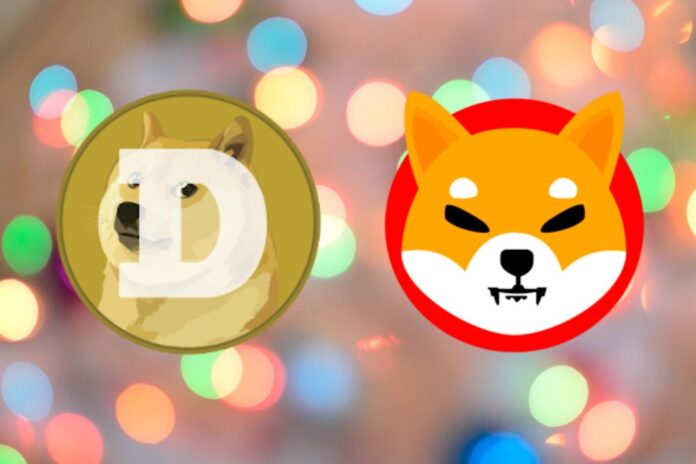 Dogecoin (DOGE) and Shiba Inu (SHIB), the two largest dog-themed tokens, had a pleasant moment in terms of price appreciation on Tuesday and Sunday, but the market has started to trend towards the south again after a massive selloff. And Santiment is holding a group of DOGE and SHIB investors culpable for the huge downtrend.

According to the market intelligence platform Santiment, the usual habit of taking profits by Dogecoin and Shiba Inu’s whales after upswings is responsible for the current unfavorable price trend.

The firm showed that the major selloff recently recorded by the two digital assets is sending their prices back to the levels they were at the beginning of the month.

Santiment tweeted, “Dogecoin and Shiba Inu have both experienced major price corrections after their respective Tuesday and Sunday tops. As is often the case, the whales foreshadowed the ideal profit taking moments when their large transactions exploded on each network.”

🐳 #Dogecoin and #Shibainu have both experienced major price corrections after their respective Tuesday and Sunday tops. As is often the case, the whales foreshadowed the ideal profit taking moments when their large transactions exploded on each network. https://t.co/6QoIoxkknt pic.twitter.com/p3BAMjcav1

On August 15th, TimesTabloid reported that Shiba Inu (SHIB) managed to break out of its dominant “cup and handle” pattern ($0.000016), which was seen as a positive signal for its price going forward. But the major selloff has interrupted the promising trend.

Investors and Traders Have To Wait For another Bullish Signal

Brandt said the dog-themed asset has completed the inverted Head & Shoulder (H&S) pattern, which is a major signal for a trend reversal. While Gokhshtein stated that SHIB is likely gearing up for a bullish trend.

Now that the two digital assets, Dogecoin and Shiba Inu, have discontinued the positive trend, investors have to wait patiently for another bullish signal.