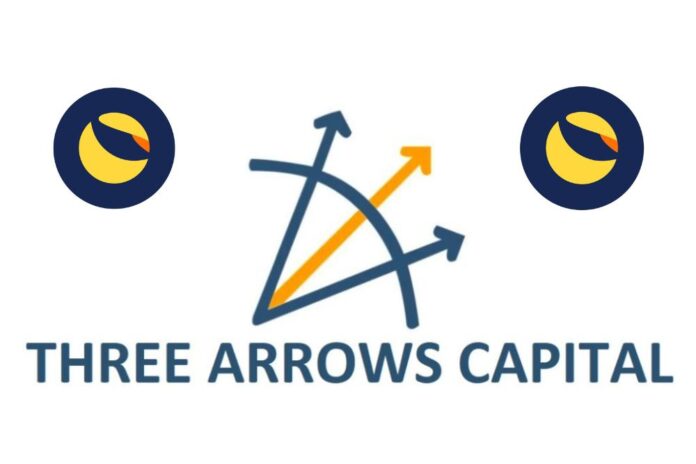 Nansen, a top blockchain analytics platform has disclosed in detail how the de-pegging of UST and the fall of Terra (LUNC) led to the de-pegging of stETH as well as the insolvency and liquidity crises currently being faced by Celsius and Three Arrows Capital (3AC).

Celsius Network, an interest-earning yield platform, and crypto hedge fund, Three Arrows Capital (3AC), have been hit hard with liquidity and insolvency problems as bears take their turn in the crypto market.

From the evidence and result derived via Nansen’s recent on-chain data forensics, the withdrawal of almost $800 million altogether by Three Arrows Capital (3AC) and Celsius from Curve’s main liquidity pool was triggered by the Terra ecosystem’s collapse.

Nansen reports that this huge withdrawal was done between May 7 and May 16 which happens to be the days when UST de-pegged, followed by the free fall of LUNC.

Precisely, on May 12, Three Arrows Capital removed $400m of liquidity (128k stETH + 73k ETH) from the stETH/ETH Curve pool in a single transaction. Meanwhile, Celsius took out $380m of liquidity on the same day in three separate transactions, the Nansen report shows.

To note, the main liquidity pool on Curve saw a decline in more than half of its total value locked as a result of the large withdrawals (almost $800 combined) executed by Celsius and 3AC.

Per the report, an accompanying liquidity crisis was seen on Curve as reflected in the pool’s imbalance which left the stETH price negatively exposed.

In addition, the report stated, “as stETH cannot be redeemed for ETH until after the Merge, the primary way to obtain liquidity on large stETH positions is through Curve.”

Meanwhile, Curve’s liquidity pool imbalance that left stETH vulnerable could not recover after Terra’s collapse, due to the resulting poor market conditions.

This means that liquidity was dried out for stETH on the Curve defi platform. Thus, there was no other avenue for large stETH holders such as Celsius Network to cover their positions.

This was what led to the interest-earning yield platform halting users from making withdrawals, swaps, and transfers since June 13 in a bid to stabilize liquidity and operations.

.@CelsiusNetwork is pausing all withdrawals, Swap, and transfers between accounts. Acting in the interest of our community is our top priority. Our operations continue and we will continue to share information with the community. More here: https://t.co/CvjORUICs2

Staked Ethereum (stETH) which is still subject to price discovery is a derivative of ETH. stETH tokens are designed to closely track the value of ETH. Notably, stETH has traded on par with ETH (1:1) until the UST and LUNC descent.

Therefore, the deviation of stETH:ETH from the 1:1 ratio can be dated back to the UST and LUNC crash incident in May.

According to the blockchain analytic firm, many depositors of bETH hurriedly bridged back their assets to the Ethereum mainnet as UST de-pegged. The aim here was to secure their funds in fear of Terra being compromised, which later happened.

In other words, users bridged back and unwrapped their bETH for stETH via the Lido Finance platform. Meanwhile, bETH flows to and from the Terra chain through the Wormhole bridge.

Nansen on-chain forensic reveals that 615,980 bETH was bridged back to Ethereum during that Terra collapse period. It also shows Celsius Network and Hodlnaut were some of the top recipients of the bETH.

Part of the Nansen report said;

“From May 7, Wormhole’s bETH holdings fell from a peak of 667k to 32k within four days – a 95% drawdown. Similarly, Anchor’s vault also experienced an abrupt fall of over 96% from its high of 665k stETH to 26k stETH. This reduction is analogous to flows from Terra to Ethereum, as investors were immediately unwrapping their bETH for stETH after bridging back.”

“Of the 615,980 bETH bridged back to Ethereum from Terra, 604,716 were converted back to stETH within the first week between May 7 and May 16 since Anchor’s vault is essentially a proxy to mint bETH and, after the implosion, there was no reason to hold bETH. Similar to bETH flows, May 12 had the most significant volume for stETH DEX trades. The dashboard below shows that many of the largest holders unwrapped their bETH back to stETH.”

Additionally, Nansen forensic shows that there was a corresponding high sell pressure from stETH into ETH in the stETH/ETH Curve pool. It is said these sellers were either deleveraging their positions and/or getting bETH from Terra and selling it on Mainnet as stETH.

This then led to the huge balance reduction in Curve’s main liquidity pool. Thus, resulting in the de-pegging of stETH.  Meanwhile, Three Arrows Capital (3AC) was the largest recipient of stETH withdrawn from the main stETH/ETH Curve pool.

On the whole, Nansen finalizes that the plummeting of UST and old LUNA tokens played a key role in the de-pegging of stETH/ETH. Accordingly, the incident is said to be the major contributor to the insolvency problem faced by market participants such as Three Arrows Capital (3AC) and Celsius.

The Singapore-based crypto hedge fund, Three Arrows Capital (3AC), which appears to be the most impacted, has been issued a liquidation order by a British Virgin Islands (BVI) court. On the other hand, Celsius halted its operations on June 13.

On the other hand, Nansen submits that Terra’s collapse was the consequence of investment decisions made by several well-funded entities. In another news, Uppsala Security reveals slush funds amounting to $3.6 billion in UST and USDT, used by Do Kwon’s TFL to manipulate the price of UST.