50 Quadrillion BabyDoge Burn Is Happening In a Couple of Hours. It Will Play Out In One Whopping Transaction 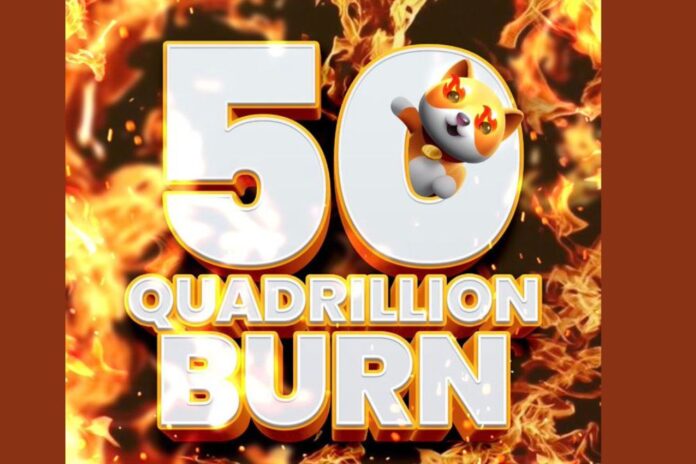 BabyDoge team has announced the date for the whooping burn of 50 Quadrillion tokens from its gargantuan supply on the Ethereum blockchain.

According to the announcement, this much-anticipated BabyDoge burn has been scheduled to play out on the 1st of July 2022 in a single transaction.

This notable 50 Quadrillion BabyDoge burn is coming after the first-ever community proposal launched on its birthday. Since the whopping burn is what the majority of the community members want, they massively voted to support it.

Baby Dogecoin marked its first birthday on the 2nd of June. During the event, the team behind the dog-themed token destroyed 3 quadrillion BabyDoge tokens worth $5.1 million in a single transaction.

In order to make the birthday celebration more memorable, the team behind the project launched a proposal titled, “Burn 50 Quadrillion on ETH”. The voting process on the proposal ended on the 28th of June in favor of the gargantuan burn as aforementioned.

BabyDoge is the third most popular canine-themed digital currency after Dogecoin (DOGE) and Shiba Inu (SHIB). According to CoinMarketCap, the digital token’s circulating supply currently stands at 115.11 Quadrillion.

It should also be noted that the popular crypto data provider has finally verified BabyDoge’s circulating supply after a year of going live on the platform.