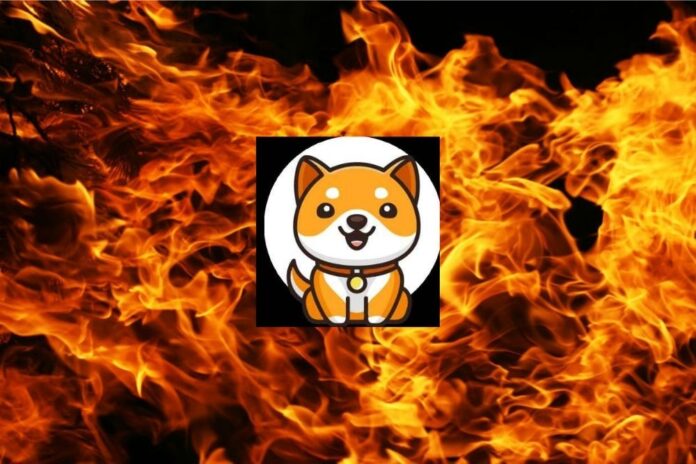 Following the approval of the proposal to burn 50 quadrillion BabyDoge tokens, the team behind the project has officially announced that the mammoth burn has been initiated.

Captioning the proof of burn, the BabyDoge team tweeted, “We have burned 50 QUADRILLION BabyDoge! Giving away $500 in 24 hours to someone who likes and RTs this post!”

Giving away $500 in 24 hours to someone who likes and RTs this post ! pic.twitter.com/W9MLzPQGJR

BabyDoge has a total supply of 420 quadrillion tokens on the Ethereum blockchain (ERC-20).

It should be noted that this has been reduced to 193 quadrillion after today’s notable burn. The burn details is verifiable on the Ethereum chain block explorer Etherscan via the transaction link captioned in the announcement.

Similar to the Ethereum blockchain, BabyDoge has a total of 420 quadrillion in on-chain supply on the BNB smart chain. On this chain, over 196 quadrillion BabyDoge have been destroyed in the past.

Baby Doge Coin is a meme token made to be deflationary and scarcer over time. The tokenomics of BabyDoge is designed in such a way that in every trade, some portion of baby doge coins is sent to the burn wallet automatically.