HomeCryptocurrencyAnalyst Says This Upcoming VeChain (VET) Rally Could Push Its Price Up...
CryptocurrencyNews

Analyst Says This Upcoming VeChain (VET) Rally Could Push Its Price Up to 40%. Here’s Why 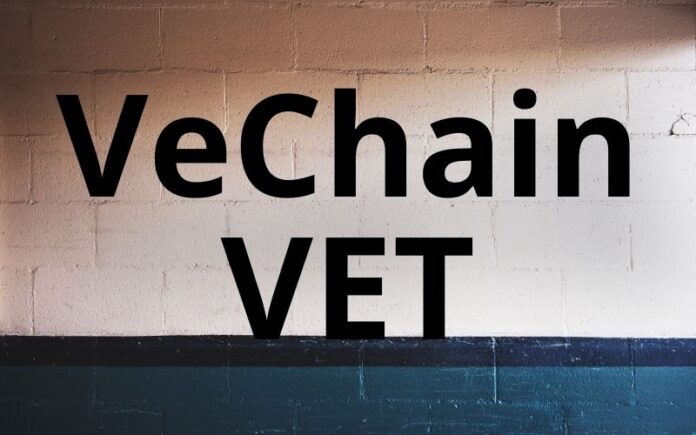 VET, the native token of the leading enterprise blockchain platform, VeChain, has been trending sideways during the past week, with more downward trends than other larger digital currencies.

At the time of press, VeChain (VET) is trading at $0.04853, with a relatively 9% and 34% loss in the past 2 weeks and 30 days, respectively. However, according to a popular crypto analyst, VET could be resting on crucial levels at the moment, with the potential for a major price uptrend.

According to Justin Bennett, a popular crypto analyst and trader, this upcoming VeChain (VET) rally could aid its price to surge 40% from its current levels

During a strategist session on YouTube, the analyst identified a setup from 2020 on the weekly chart. At that time, according to the analyst, the price of VeChain (VET) was getting ready for one of its biggest rallies in the following months.

In the video, Bennett showed the price of the digital token VET moving sideways in an inverse “head and shoulders” pattern.

As shown in the chart below, after the cryptocurrency managed to break above that trend line, it was able to resume a bullish trend into uncharted territory. Back then, VET was able to print 1,000% gains in terms of price through 2021.

“In order for VET to move significantly higher this year, I’m talking $0.10 and higher, it is going to have to get above this trendline. So, this is what I mean by this trendline it’s going to be significant in terms of the overall context of the market.”

According to the analyst, VeChain (VET) has already attempted to surge above this trendline but has failed near the $0.070 price mark. He said until the price of the crypto can return to those levels, the downtrend could continue.

Is There Hope For VeChain (VET) To Surge Beyond This Critical Level?

According to Bennett’s clarification, VET’s price is liable to see some relief in the short term. He said the digital currency is likely poised for a 40% move back to its previous resistance levels at $0.070.