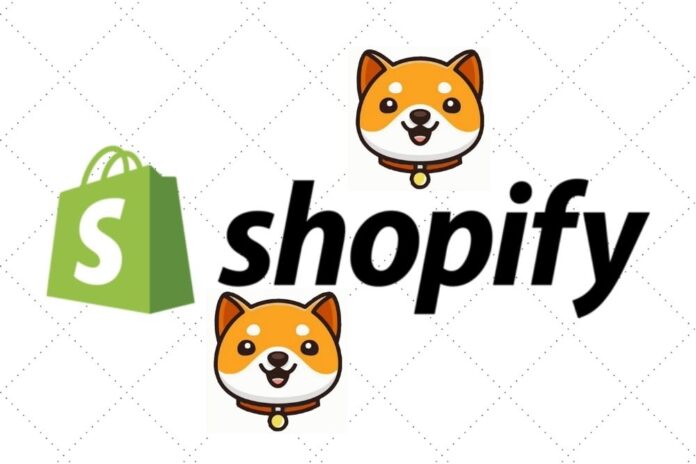 About three days ago, it was officially announced by NOWPayments that Baby Dogecoin (BabyDoge) is now available as a payment option on Shopify, a Canadian multinational e-commerce company headquartered in Ottawa, via its crypto payment solution.

The new development implies that merchants of the firm can now make payments using the dog-themed meme token, BabyDOGE.

NOWPayments tweeted, “Hey BabyDoge Army, you there? You strong? NOW you gonna be even stronger— because BabyDoge is available on Shopify via our crypto payment solution! Let them merchants know about that! Spread the word.”

Hey #BabyDogeArmy, you there? You strong? 💪🏻

NOW you gonna be even stronger— because #BabyDoge is available on @Shopify via our #crypto payment solution!

Let them merchants know about that! Spread the word🗣@BabyDogeCoin #Shopify #cryptopaymentshttps://t.co/mqVNAnvW0F

Shopify is a Canadian multinational e-commerce company that can be used to build stores both online and offline. As bloggers use WordPress to publish their content, store owners use Shopify to run their stores.

Shopify allows merchants to sell both online with their own websites and/or in-person with Shopify POS. This e-commerce website builder has features for everyone from beginners to e-commerce experts.

10 key stats and facts that make BabyDoge Listing on Shopify as a payment option a big deal can be seen below:

So, with the above statistics, it’s certain that BabyDoge, as a payment option on Shopify, will gain massive exposure to new users and business owners.