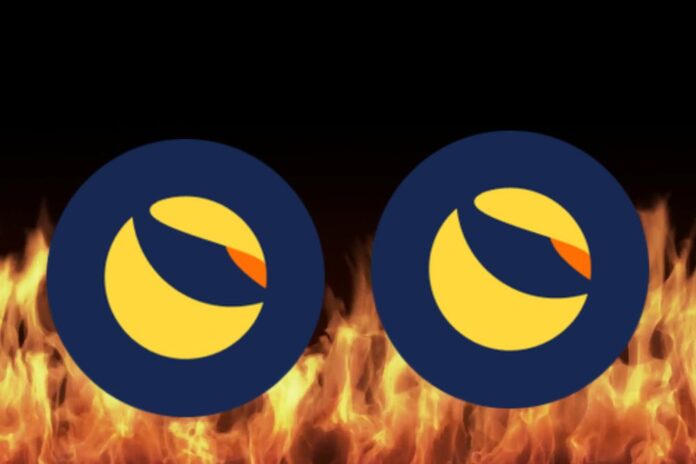 On Wednesday, ReXx, a member of Terra Rebels disclosed that the 1.2% LUNC tax burn on the Terra Classic network has been activated. He said, “Happy burn day LUNC community. The 1.2% Burn Tax is officially live.”

Subsequently, he shared a screenshot from Edward Kim, a core developer in the Terra Rebels group which showed that the tax is working citing that the network explorer isn’t displaying transactions properly in the meantime. Edward Kim wrote on Discord, “tax is working, just that finder isn’t showing properly.”

After Do Kwon’s Terra blockchain crashed in May as a result of the de-pegging of the ecosystem’s algorithm stablecoin, TerraUSD (UST), TerraForm Labs led by CEO Do Kwon launched a new Terra chain (Terra 2.0) without the stablecoin parameter, abandoning Terra 1.0 in the hands of the community members.

In a bid to initiate a historic comeback for Terra Classic (LUNC) which has been trading at a very low price range, the teeming community implemented the 1.2% LUNC tax burn on the Terra Classic network. The aim is to reduce the total supply of LUNC from approximately 14.06 billion as seen on Etherscan to 10 billion. It is said that the tax burn will be disabled when the total supply is reduced to 10 billion LUNC.

Worthy of note is that major crypto exchanges including MEXC, KuCoin, Huobi, Bitrue, and Crypto.Com have supported this burn movement proposed by the Terra Classic (LUNC) community. Already, MEXC Global, the first centralized exchange to activate the LUNC burn, has destroyed a total of 466,330,428 Terra Classic tokens worth $136,000, courtesy of its 5-day burn event.

The community has also proposed to re-enable Inter Blockchain Communication (IBC) on the Terra Classic network with other Cosmos chains where a huge amount of LUNC tokens have been trapped. This proposal was submitted by Max Callisto, one of the CEOs of LUNC DAO, and it is in view of boosting LUNC liquidity to enhance trading activity.

Amid all these developments, David Gokhshtein, a former US congressional candidate noted that LUNC can only rebound if it is being given unique use cases otherwise, it is just a “lottery ticket,” he commented.