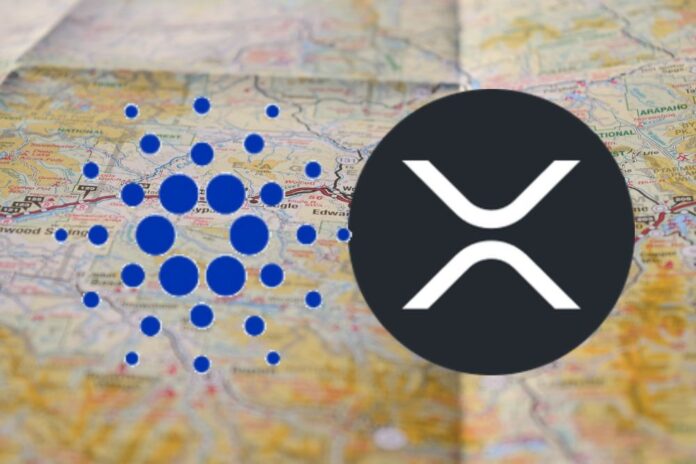 It’s not strange that only a few cryptocurrencies ended the week on a high note in terms of inflows as it was overwhelmed by unrelenting bears. Howbeit, CoinShares’ latest weekly fund flow report shows that Ripple’s digital token XRP and Cardano (ADA) managed to gain investors’ interest.

According to the report, Cardano (ADA) ended the week with inflows valued at relatively $500,000. Similarly, the embattled digital token XRP gained about $300,000 in terms of positive fund flow.

Although the aforementioned amounts are small, the flagship crypto Bitcoin (BTC) rather saw a massive outflow of $15.7 million over the last week. Solana (SOL) was also among the best losers with a total outflow of $1.4 million.

On the other hand, Ethereum (ETH), the second-largest cryptocurrency by market cap, ended the week with the highest value of inflows ($2.9 million). Binance Coin (BNB) also recorded an amount similar to that of Cardano (ADA).

Why the Inflows into Ethereum, Cardano, and XRP?

Ethereum (ETH) being the digital asset with the highest value of inflows was never a coincidence considering the fact the blockchain is now counting down to the Merge. There is certainly a hype around the much-anticipated transition of the blockchain to the proof-of-stake (PoS) consensus mechanism.

Similarly, the Cardano blockchain is awaiting the Vasil upgrade. Although alarms were raised after a bug was identified last week, which created controversy within the community, a new report says the testnet version is now working smoothly.

As for XRP, Ripple’s progress in the ongoing lawsuit with the SEC can be seen as a positive signal for investors.

According to CoinShares estimates, despite that market volumes have been extremely low, both Cardano (ADA) and Ripple’s digital token XRP continue to bring funds in at 55% of the annual average and the second lowest for the entire year.