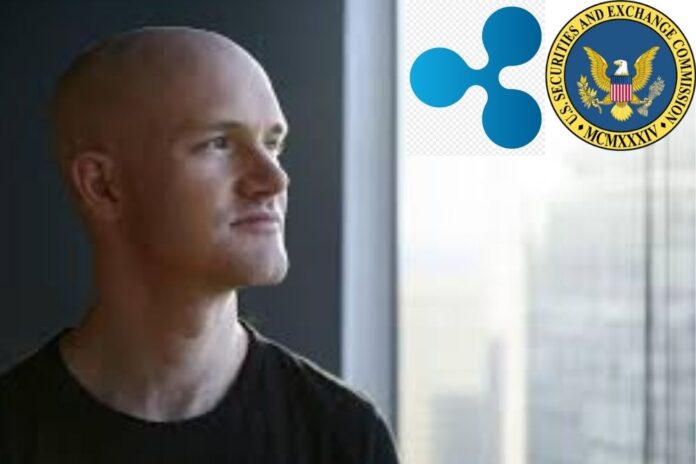 Brian Armstrong, the CEO of the largest US-based crypto exchange Coinbase, has recently reacted to the ongoing litigation between Ripple, the San Francisco-based cross-border payment firm, and the United States Securities and Exchange Commission (SEC).

In a recent All-In Podcast interview, Armstrong slammed the SEC for classifying relatively all cryptocurrencies as securities.

Contrary to SEC’s claim, Coinbase CEO said not all digital currencies are securities, stating that some are commodities, while some others are currencies.

“Treating every cryptocurrency under the same regulations would not make sense. Some cryptocurrencies, such as Bitcoin and Ethereum, might be a commodity, and Stablecoins may be a currency.”

According to Coinbase CEO, cryptocurrencies are different in nature. So, SEC shouldn’t be the only regulator overseeing the crypto market as some digital currencies may not fall under its jurisdiction.

Armstrong added that cryptos that are categorized as currencies are supposed to be subject to regulatory oversight by the Treasury, while digital currencies regarded as communities should be regulated by the Commodity Futures Trading Commission (CFTC).

It should be noted that the SEC has over the years depended on the 1946 Supreme Court’s decision in the case between SEC v. W.J. Howey Co., which is widely known as the Howey test. It’s used to determine whether a transaction should be registered with the SEC as an investment contract or security.

According to the Howey Test, a transaction should be considered a security if people who paid for it expect to make a profit through it over a period of time.

In a recent interview, Ripple CEO Brad Garlinghouse said he believes that the SEC is abusing the Howey test to the detriment of innocent investors.

Garlinghouse said, “I think that the Howey Test is being stretched beyond recognition.”