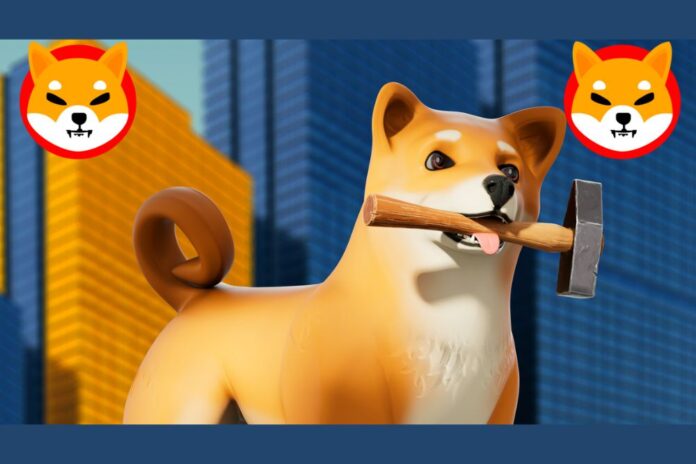 Among others, SHIB: The Metaverse, Shibarium, and Shiba Eternity are the top-priority projects set to be launched by the Shiba Inu community. Though they are still in the developmental stages, significant progress has been made and their respective release dates look close, according to available clues.

As part of the process of building SHIB: The Metaverse, the team has introduced concept artworks, which bring the best of a visual representation process. This aspect of art is normally used in movies and video games to present a set vision as well as give users sensational feelings, the team cited.

As revealed by the SHIB dev team, “concept art provides the strongest reference points aligning the creative outlook and aspect on the project or in this case, the HUB being introduced.”  Earlier this month, Rocket Pond which was the first concept art on SHIB The Metaverse was revealed. Today, the team shared that another beautiful colored concept artwork was added to Shib The Metaverse to get community members’ feedback.

Related:Here’s the Latest Regarding SHIB: The Metaverse: Details

The tweet said, “Woof! another beautiful colored concept artwork has been revealed. This time 🚀 Rocket Pond hits the spotlight for Shib The Metaverse. We’re excited to hear your thoughts! This hub is set to create an adventurous experience for the ShibArmy. Lands available at shib.io”

Woof! another beautiful colored concept artwork has been revealed. This time 🚀 Rocket Pond hits the spotlight for @ShibTheMV!

We're excited to hear your thoughts! This hub is set to create an adventurous experience for the #ShibArmy.

In describing Rocket Pond, the announcement stated that “it brings the feel of a hidden resort inside of mountains, The YMCA or KOA camping vibe with wilderness around you mixed with modern luxuries/touristy elements. Crystal clear waters with wildlife mixed with resort buildings that lead up to the mountains.

Shibarium is a Layer 2 solution currently being developed by Shiba Inu developers, alongside the Unification Foundation. Per a recent Medium post, Shibarium is in the testing stages recording three successful alpha and public testnets. The announcement added that Shibarium is “still in plans for the end of the quarter release or sometime shortly thereafter.”

“The initial public beta testnet will focus on the developer/delegator sector in order to enable a robust and ready network to serve the Shib Army once ready. The public beta will also allow a much wider opportunity for open testing and bug fixing, ensuring a secure and streamlined mainnet launch. The testnet will be open to any validator wishing to join — indeed, it is encouraged, especially for operators intending to join the mainnet upon launch,” Unification Foundation added.