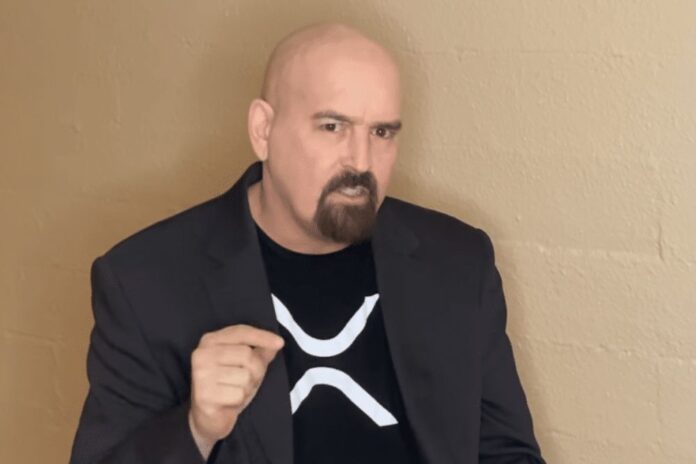 The Securities and Exchange Commission under the chairmanship of Gary Gensler is striving hard to expand its power over the crypto industry. Alongside the XRP claim filed against Ripple in 2020, the SEC has filed several lawsuits against many other crypto projects with bullying tactics.

John Deaton, the founder of Deaton Law Firm and CryptoLaw, has reacted in detail to Gary Gensler’s gross SEC overreach. The renowned attorney cited that the SEC has limited jurisdiction over the crypto industry. He added that the “front line regulation of digital assets belongs with the Commodity Futures Trading Commission (CFTC).”

“The Supreme Court may have recently struck down overreach by the Environmental Protection Agency, but at the Securities and Exchange Commission, chairman Gary Gensler remains undeterred in expanding the agency’s power beyond its constitutional boundaries,” John Deaton wrote.

“The Securities Act of 1933 lists the types of securities regulated by the SEC, including investment contracts. In 1946, the Supreme Court decided the landmark Howey Test, providing a four-part test determining what constitutes an investment contract. Seventy-six years later, Gensler seeks to turn the test on its head with his promises to regulate digital assets in a more intrusive manner than even his trigger-happy predecessor Jay Clayton (more on that in a moment),” he added.

Regardless of these constitutional boundaries, Gary Gensler, the SEC Chair, has been bent on attacking crypto projects. When considering the financial requirements to undertake a court battle with the regulatory agency, several crypto projects have succumbed to settlements.

However, Ripple, the leading cross-border payments service provider, refused to be intimidated by the SEC. Brad Garlinghouse, the CEO of Ripple noted that the crypto company is prepared to battle with the SEC regardless of the large financial involvement.

According to the Ripple CEO, the legal battle is not for XRP alone but the entire crypto space. A win for Ripple is crucial for the digital assets industry as it will help incite the United States regulatory body to provide clear and unbiased regulations for the crypto industry.

On the other hand, a win for the SEC in the XRP lawsuit will expand the agency’s power over the cryptocurrency industry which may lead to more stringent regulatory policies. In July, Brad Garlinghouse stated some reasons why he thinks Ripple will win the case.

It is worth noting that the Ripple case began in 2020 and was launched by the then SEC Chair, Jay Clayton, who contended that XRP was sold as unregistered security to investors.

The incumbent SEC Chair Gary Gensler is advancing the case and employing diverse tactics to withhold critical evidence that could exonerate XRP from being classified as a security. To this end, the Presiding Judge slammed the agency for hypocrisy in relation to Hinman’s statement.

It has become hard to predict when the Ripple-SEC will be concluded as both parties seem to be playing their cards well. However, recent discoveries relating to the case appear to be in favor of the blockchain company.

A former U.S. SEC attorney John Berry stated earlier this month that Ripple’s native token, XRP, is similar to the two top cryptocurrencies Bitcoin (BTC)  and Ethereum (ETH). In essence, he implies that XRP is not a security since both BTC and ETH are not classified in that category.

In the ongoing Ripple-SEC legal tussle, John Deaton has continuously shown support for the blockchain solutions company. The SEC even attempted to block him from offering legal assistance to Ripple in the enduring XRP lawsuit but failed.