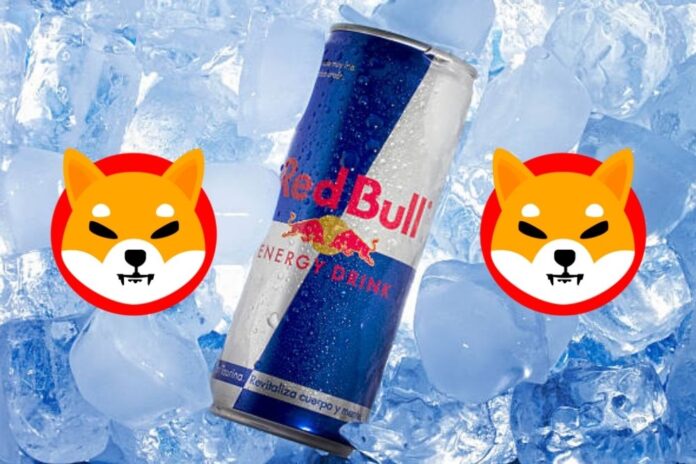 Another notable partnership is on the card for the Shiba Inu ecosystem considering the latest tweet posted by Shytoshi Kusama, a lead SHIB developer. A possible partnership seems to be cooking between Shiba Inu and Redbull, a brand of energy drinks sold by Austrian company Red Bull GmbH.

Shytoshi Kusama and official SHIB Growth Breed members revealed via Twitter posts that a discussion with the brand has just been concluded.

After the conclusion of the meeting, Shytoshi Kusama took to Twitter to appreciate Redbull for making it happen. He also showcased his anticipation for more discussions in the future.

Kusama tweeted, “Thanks for the chat about everything SHIB .@redbull! Looking forward to speaking more in the future!”

Thanks for the chat about everything #SHIB .@redbull ! Looking forward to speaking more in the future! pic.twitter.com/ROh3RceFyS

MILKSHAKE, an official SHIB growth member, confirmed that she was also in the meeting. It’s not a surprise that MILKSHAKE was in the meeting because she was the first to propose the possibility of a partnership between Shiba Inu and Redbull in a tweet in April 2020.

On the 18th of April, MILKSHAKE wrote, “Hi @redbull, want to fly with the ShibArmy?

Hi @redbull, want to fly with the #ShibArmy?

In another tweet on April 27th, MILKSHAKE wrote, “Got a reply today, let’s see where this goes. Not getting excited yet, but it’s a great step forward.”

In a series of tweets today, the official SHIB growth member shared the priceless experience she garnered in the course of the meeting with the popular energy drink brand Redbull.

“Earlier today I had the amazing opportunity to attend a meeting with @redbull and I could not be more excited.

“One of the great benefits that come from such meetings is the foundation to learn more about different industries, their current efforts, while awarding an exploratory process to connect communities with lifestyle brands.

“I want to also mention that I found myself in such a happy state of mind, that I jumped thrilled with excitement and wanted to share with all a fun and exciting message earlier. That message, I’ve decided to remove in exchange of this post.

“The love for community is always there, both for Red Bull and Shiba Inu worldwide following, as they deserve nothing but the best. My goal will be to work on a better method of showcasing this very constructive approach.

“I want to also take this opportunity to thank all the amazing members from the #ShibArmy who impressed by tagging the brand, giving shoutouts, allowing the energy felt through socials, YouTube, and more. There is no question about the power of community when it comes to SHIB!

“Respectfully, I end this post by especially thanking the Red Bull team for being incredibly kind, and awarding their time to chat with us, all while exploring synergies, and learning a great deal about each other.”

Although the details about the possible partnership have not been disclosed, if it goes through in the future as planned, it would be marked as the third biggest partnership in the real-life business industry for the Shiba Inu ecosystem, following that of John Richmond and Welly.

What are short positions, and how they work on Uniswap