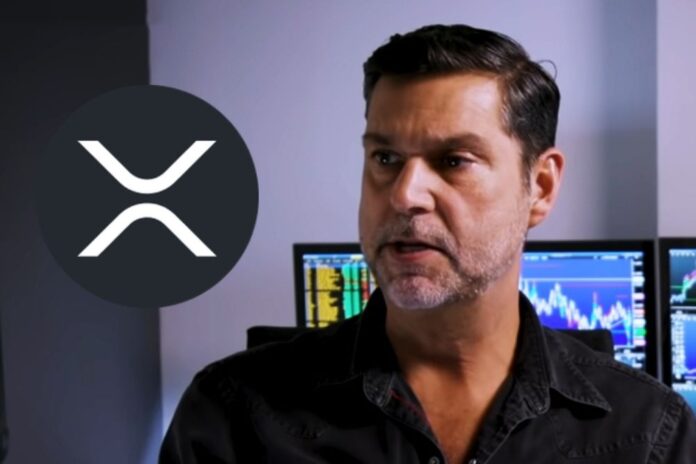 Raoul Pal, a former executive at Goldman Sachs, asserts that a central bank digital currency (CBDC)-the based economy could one day rely heavily on the XRP network.

The Real Vision CEO says in a recent ask me anything (AMA) session that the XRP Ledger (XRPL), rather than only garnering speculative frenzy, has established a strong foundation by being widely used.

Raoul Pal thinks there’s this strange historical account about Ripple. The point is that Ripple genuinely has a significant role, even if they have to settle a lawsuit and get a warning. It is a network that transfers money and does an excellent job at it. It has a close relationship with international governments and has put much effort into it.

There is a reason the chain is valued so highly, and it isn’t due to speculative reasons since the lawsuit prompted it to be pulled down from several exchanges. It’s because a lot of value gets transacted on the chain when he uses Metcalfe’s Law model. It is being used.

According to Pal, if the world moves toward a CBDC-based global economy, the XRP network has a real chance of being at the core of it all.

He believes that once the legal problem is resolved, there is a good chance that the chain’s value will increase markedly, and as the world goes toward central bank digital currencies (CBDCs), he believes that the XRP Network will be at the core of all of that.

Pal is aware that it is not the fad of the moment for many people, but he believes it to be a major player in a significant niche.

“There’s this weird narrative from the past about Ripple. The point being is, even if they have to settle a lawsuit and get a slap on the wrist, Ripple plays actually quite an important role. It’s a money transmission network and it does quite a good job of it. It has deep connections with global governments around the world and has worked really hard on it.

“So there’s a reason the chain is valued as highly as it is, and it’s not from speculation because actually it got taken off a whole bunch of exchanges because of the lawsuit. It’s actually because when I use my Metcalfe’s Law model, the amount of value that gets transacted on the chain is very high. It’s being used…

“So I think if you lift the legal issue, the probability is that the value of the chain increases significantly and as the world moves towards central bank digital currencies, I think the XRP Network is going to be somewhere at the center of all of that…

“I know it’s not the flavor of the day for a lot of people but I think it’s a big player, it’s a real player and a real niche.”