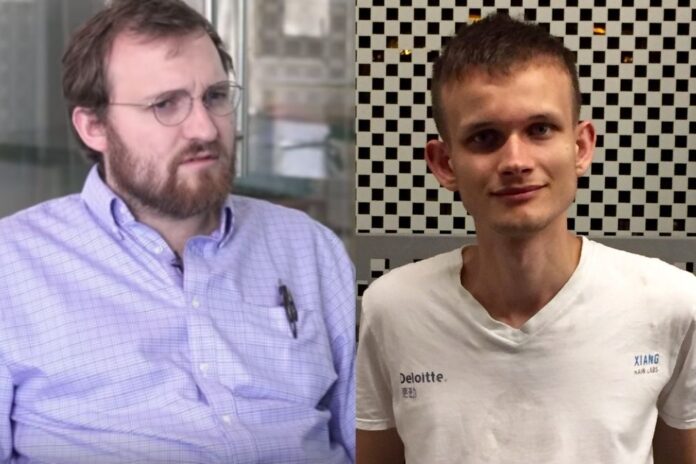 Charles Hoskinson, the founder of Cardano (ADA), the popular proof-of-stake (PoS) blockchain platform, has made a comment on Twitter that shows that there is a strained relationship between him and Vitalik Buterin, the face of Ethereum (ETH), the largest smart contract platform. The Cardano founder’s statement equally revealed the high presence of bot accounts on the blue app.

In the Wednesday comment, Charles Hoskinson, who is also the CEO of Input Output Global (IOG) wrote; “the greatest evidence of bots yet on Twitter. Vitalik following me? Never going to happen.” This remark came after a fake and unverified Twitter account bearing “vitalik.eth” gave Charles Hoskinson a follow.

The bot account continues to spread a false 50,000 ETH giveaway message in a bid to lure and scam unsuspecting members of the crypto and Twitter community.

The greatest evidence of bots yet on Twitter. Vitalik following me? Never going to happen pic.twitter.com/BsXemB2GPm

Of course, the above comment made by Charles Hoskinson regarding Vitalik Buterin has caused a fuss on crypto Twitter, with many questions arising. Many have been left to wonder why both popular crypto project founders would not be in terms but there seems to be an explanation for that.

Is there a write up somewhere on yalls beef?

It is worth noting that Charles Hoskinson is among the co-founders of the popular and largest smart contract platform, Ethereum, along with Vitalik Buterin, Gavin Woods, and 5 others. While Vitalik Buterin wanted the blockchain project to proceed as a non-profit organization, Charles Hoskinson and other co-founders opined that Ethereum Foundation should operate as a profit-oriented business.

Due to this difference in vision, Charles Hoskinson and others left Ethereum blockchain to build and develop what we know today as the Cardano blockchain with a native token, ADA. Meanwhile, Gavin Wood is among the creators of the Polkadot Network which is responsible for the DOT token.