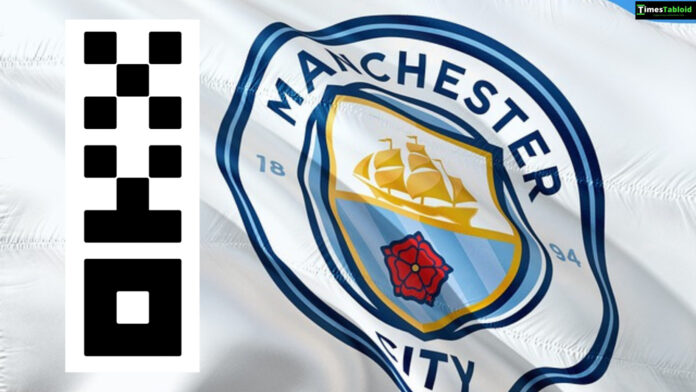 Manchester City football club, the current champions of the English Premier League, has secured another sports sponsorship deal with the OKX crypto exchange. This new agreement makes OKX the official training kit partner of Manchester City for the 2022/2023 football season.

OKX, one of the world’s top cryptocurrency exchanges with over 20 million customers, notified the public on July 11 of yet another successful agreement to become Manchester City’s training kit’s sole sponsor for the 2022-23 season.

Therefore, throughout the next season, OKX’s trademark will be imprinted on the training kits of the club’s first squads for both the men’s and women’s sides.

Per the announcement, the OKX-branded training kits will be debuted by Erling Haaland, Jack Grealish, Joao Cancelo, and John Stones during Manchester City’s first pre-season training. Similarly, the women’s first team will launch the OKX customized kits when they resume training in August.

Courtesy of the partnership, the crypto exchange has placed murals of Jack Grealish, Joao Cancelo, Erling Haaland, and John Stones at four strategic locations in Manchester with QR codes embedded in them.

Interestingly, Cityzens stand a chance of winning season tickets in the OKX Hospitality Box when they scan the QR codes included in any of the four artwork created by popular street artist Akse P19 and Global Street Art Agency.

To note, this is the second partnership between the EPL defending champions Manchester City and OKX crypto exchange. In March 2022, OKX was announced as Manchester City’s official cryptocurrency exchange Partner.

Additionally, the crypto exchange is the presenting partner of Manchester City’s first global Trophy Tour since 2019. The tour will see Manchester City and OKX take the Premier League trophy to the doorsteps of fans in markets including France, Spain, the UAE, Korea, and, for the first time ever, Mexico, Norway, and South Africa, another report said.

“We are pleased to expand our relationship with OKX today, as they become the Official Training Kit Partner of Manchester City. OKX and Man City are aligned on values such as innovation and success and for both parties, everything starts with training and education. Since the initial partnership began in March 2022, we have worked together to ‘supercharge the fan experience’ through a number of exciting content activations ahead of high-profile fixtures during the culmination of the 2021/22 season and we look forward to continuing to develop these opportunities over the coming year.”

Over the years, the English Premier League and the entire world of football have seen a growing tie between football clubs/ players and crypto entities. It is believed that more of these collaborations will contribute to the enhancement of crypto and blockchain mass adoption.