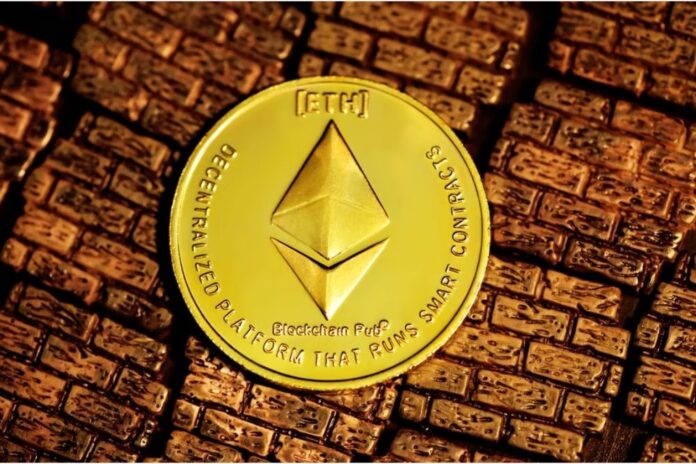 The anticipation of this upgrade has greatly rekindled investors’ interest in Ethereum’s native token, ether aka ETH. This is noticeable in the recent upsurge in the price of Ethereum, which has caused the token to be among the best performers in recent weeks.

Similarly, Ethereum (ETH) has been among the most trending digital assets on the leading data-tracking platform, Coinmarketcap.

Also, an Ethereum ICO-era whale wallet that was dormant since 2019, was spotted moving 145,000 ETH to different wallets earlier in August. This action has left many with diverse assumptions.

Of course, the Merge upgrade speaks of a major improvement on the Ethereum blockchain. Hence, a price rally will not come as a surprise. On this note, some speculate that the ETH whale intends to carry out a massive sell-off.

Many others hold to the belief that the whale could be preparing for staking which the Merge upgrade will enable on the largest smart contract blockchain, Ethereum. On the whole, numerous misconceptions have been aired as the Merge upgrade on the Ethereum network approaches.

The Merge Will Not Reduce Gas Fees

In a Thursday update, the Ethereum Foundation took time to correct misconceptions regarding the Merge. Among these misconceptions are the topic of gas fees, staking APR, transaction speed, etc.

High gas fees are among the major challenges users face when using the Ethereum network alongside scalability inadequacies. Therefore, a reduction in network charges tops most users’ wishlist.

However, it is worth noting that post-Merge gas fees, which is the amount paid to complete transactions on the Ethereum network, will not reduce automatically. Meanwhile, Ethereum’s energy consumption will be reduced by approximately 99.95%.

“The Merge is a change of consensus mechanism, not an expansion of network capacity, and will not result in lower gas fees. Gas fees are a product of network demand relative to the capacity of the network,” Ethereum Foundation revealed.

The Merge deprecates the use of proof-of-work, transitioning to proof-of-stake for consensus, but does not significantly change any parameters that directly influence network capacity or throughput,” the update added.

No Significant Change in Transaction Speed

Speaking of transaction speed, it is said that after the Merge upgrade, it will remain the same on layer 1 as the change will be extremely small. Post-merge, blocks will be produced in approximately 12 seconds and not 13.3 seconds any longer.

In addition, the rumor that running a node requires staking 32 ETH is false. As revealed in the notice, “anyone is free to sync their own self-verified copy of Ethereum (i.e. run a node). No ETH is required. Not before The Merge, not after The Merge, not ever.”

Read More: Ethereum Validator Nodes Set To be Installed in the Capital City of Argentina in 2023

On staking withdrawals, it should be noted that withdrawal of staked ETH will not be enabled with The Merge. After the Merge upgrade, which is expected to occur in Q3/Q4 2022, more upgrades will be executed to make the Ethereum blockchain fully complete.

Recall that Ethereum co-founder Vitalik Buterin earlier stated that post-Merge, the blockchain will only be 55% complete. Therefore, withdrawals of staked Ethereum (stETH) are planned for the Shanghai upgrade which is the next major upgrade after the Merge.

Read Also: JPMorgan: Coinbase Will be a Major Beneficiary of the Fast-Approaching Ethereum (ETH) Merge

This will be the most significant upgrade ever since the Ethereum blockchain, the second-largest crypto project, went live. The upgrade will merge the current Ethereum mainnet with the Beacon Chain proof-of-stake system.

More so, the Merge upgrade is designed to mark the end of proof-of-work and mining on the Ethereum network. Cryptocurrency miners will have to migrate to other PoW chains to carry out their mining operations.

Meanwhile, Miners and industry players like the popular Chinese Chandler Guo and Justin Sun are pushing to preserve PoW for Ethereum via a post-Merge fork. However, Ethereum creator Vitalik Buterin does not believe that the planned fork will bring the desired result.