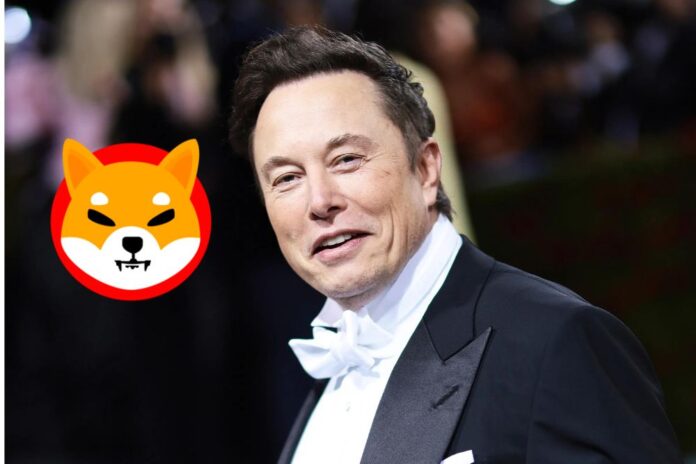 Shiba Inu (SHIB), the popular community-centered meme token was founded in August 2020. While the dog-themed token’s creator remains anonymous, the founder carries the pseudonym Ryoshi. However, some members of the crypto Twitter community speculate that Elon Musk is the anonymous developer of the SHIB token.

The creator(s) of the world’s leading and first-ever cryptocurrency, Bitcoin (BTC) remains unknown. Similarly, inventors of a few other crypto projects like Shiba Inu (SHIB) have chosen the path of anonymity for reasons best known to them.

As development increases in the Shiba Inu ecosystem, some crypto enthusiasts and SHIB  token holders have been interested in knowing the brains behind the decentralized meme token.

After the joining of some available dots, certain members of crypto Twitter suggest that the world’s richest man, Elon Musk is the anonymous lead creator of Shiba Inu, Shytoshi Kusama.

Shytoshi Kusama is the nom de plume adopted by the lead developer of the community-driven meme token project, SHIB. The speculation about Elon Musk and Shiba Inu began when Ryoshi published the first-ever post about Shiba Inu. In the article, he wrote;

“First thing is I had a ‘fren’ that I met at Devcon last year in Osaka who has some influence in the space. We talk sometimes about Crypto philosophy and I told him the vision and he agreed to help. So he made a token contract and put half of it on Uniswap with 10ETH pair (He is a successful businessman so 10ETH is nothing for him). And threw away the liquidity keys so the ETH or the tokens can never be withdrawn. He then transferred the rest to me to do my part.”

Read Also: Shiba Inu Teams Up with The Third Floor Studio To Build SHIB: The Metaverse

This statement came after Vitalik Buterin invited Elon Musk to attend the 2019 Devcon event. In 2019, the Tesla CEO tweeted “Ethereum” and shortly after, Ethereum co-founder Vitalik Buterin replied, “You should come to our Devcon in October.” Elon Musk then dropped a follow-up tweet saying, “What should be developed on Ethereum?” Hate being silent on Twitter but can't speak freely so I started a new Twitter account where I'll just talk to… no one. That's how I've been using Twitter for over a decade. #freeing Exciting week ahead. #SHIB

Linking these conversations with the write-up from Ryoshi, certain users think Elon Musk could be the anonymous founder of Shiba Inu (SHIB). The Shytoshi Kusama Twitter account refutes these claims. Meanwhile, Elon Musk has consistently shown support for the leading memecoin, DogeCoin.

I wish I was that rich!

To note, Vitalik Buterin deleted those chats with Elon Musk on Twitter. Also, Ryoshi has deleted the Medium post published in 2020. For some users, these further strengthen their suspicions.