Shiba Inu Teams Up with The Third Floor Studio To Build SHIB: The Metaverse 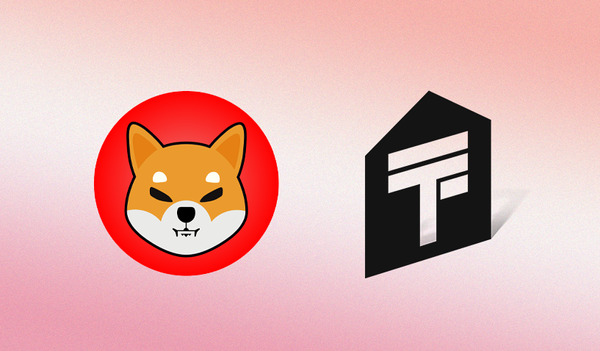 The Shiba Inu team has sealed a strategic partnership with the trusted and leading world-class visualization studio, The Third Floor (TTF) in view of bringing SHIB: The Metaverse to existence.

One of the top priority projects on the sleeves of the Shiba Inu team is ‘SHIB: The Metaverse’ project. The metaverse project aims to introduce a virtual experience for the Shiba Inu community to interact and explore, while also virtually displaying the community’s history.

This project is expected to be launched before the end of the year and the team has been ramping up efforts in this regard.

To uniquely design and build the highly anticipated Shib: The Metaverse, the team spearheading the project has joined forces with the world-class visualization studio, The Third Floor (TTF).

Founded in 2004, The Third Floor is a visualization studio that uses the virtual world to imagine, plan and tell stories in films, televisions, games, Virtual Realities (VR), and themed attractions.

Dane Smith, TTF’s Chief Strategy Officer commented, “we are thrilled to collaborate with Shiba Inu teams as they innovate within this expanding landscape.ShibArmy’s vision for an artistic-driven and engaging online world is inspiring, he added.

The company claims to be the largest visualization studio that contributes to the production of popular Intellectual Properties across film, television, video games, Virtual Reality/ Augmented Reality, and location-based entertainment.

Because of the company’s competence and expertise, The Third Floor has provided services for top entertainment entities like Hollywood and several businesses in the area of themed attractions, commercial advertising, and video games.

Per the announcement, Shiba Inu seeks to leverage The Third Floor company’s “skills in visual development and storytelling to help define and develop virtual environments, building gs, and landmarks for a true Shiba-inspired universe while developing a marketplace to inform final     environment production.”

Through this strategic collaboration with The Third Floor, the Shiba Inu team will onboard a unique and exciting virtual experience that encompasses its ecosystem and foundations, powered by the SHIB token, for the ShibArmy.

Interestingly, the ShibArmy will be able to gather in-game resources, generate rewards, as well as own personal spaces to build and manage projects courtesy of Shib: The Metaverse.

To strengthen and ensure a sustainable metaverse project, Team Shiba Inu has been focused on employing more expert and competent hands for the job.

In early July, David Kern, an expert in areas including video production, 3D modeling, and animation among others, joined SHIB: The Metaverse team as an advisor.

Judging from his past and present records, the Shiba Inu community believes he will be an invaluable asset in the metaverse.

However, the decentralized meme token ecosystem will further expand with the addition of other projects like the Shiba Collectible Card game, Shibarium, Treat reward token, and SHI stablecoin.