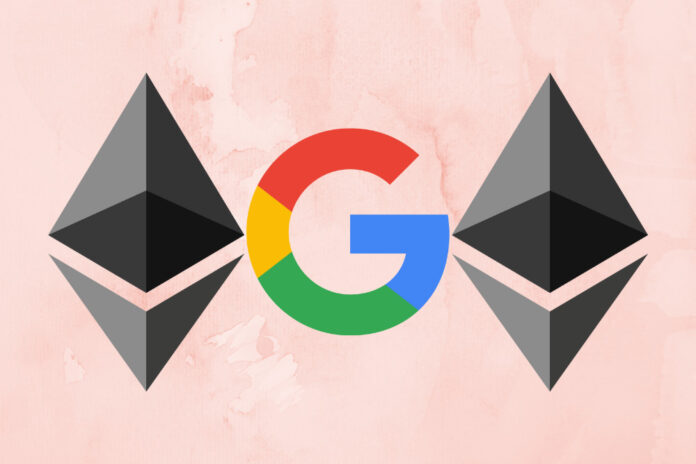 Google, a leading tech company that specializes in the organization of the world’s information and making it universally accessible, has demonstrated support for the highly anticipated Ethereum (ETH) upgrade, the Merge. The Merge is said to be the biggest and most significant upgrade in the history of the second-largest crypto token blockchain.

While the Merge is expected to occur within September 13-15, according to Vitalik Buterin, Google has added a countdown feature to enable users to track the execution of the upgrade. Google Cloud developer, Sam Padilla, stated in a tweet that everyone is excited about the many benefits Ethereum blockchain has brought to the crypto industry.

He tweeted, “hey Vitalik Buterin, Justin Drake, and other Ethereum folks, go google “the merge” for a fun little surprise & appreciation. Everyone is so excited for what is coming and appreciative of the work that has been going into this for years.”

Everyone is so excited for what is coming and appreciative of the work that has been going into this for years. pic.twitter.com/3bgifV6Ywn

Read Also: Bellatrix, the Final Upgrade Ahead of Ethereum the Merge Is Officially Activated

To show support for the upcoming upgrade, Google has added a feature that shows a countdown for the Merge event. To track the forthcoming upgrade via Google, you can either type the words ‘Ethereum Merge’ or ‘The Merge’ on Google’s search bar. A real-time countdown then appears and is estimated based on difficulty and hash rate.

Meanwhile, the final upgrade before the merge, Bellatrix was officially activated on September 6. While several top exchanges have announced support for the planned development, a top bank in Switzerland SEBA Bank has launched Ethereum staking for institutional clients.