HomeBlockchainCrypto.com To Support The Merge on Ethereum (ETH) Blockchain
BlockchainNews 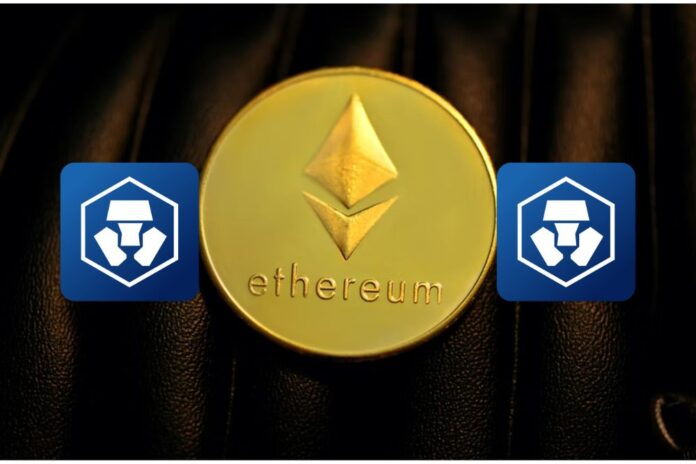 Crypto.com, a trusted and widely used crypto platform, has announced support for the upcoming upgrade on the Ethereum blockchain – The Merge. As confirmed by Ethereum co-founder Vitalik Buterin and other developers, the Merge is planned to occur on September 15.

Per an update shared on Thursday, Crypto.com confirmed that both its app and exchange will support the Merge upgrade on Ethereum (ETH) mainnet. Post-Merge, the entire history of Ethereum since genesis will remain intact and unaltered, the platform said.

Crypto.com added that it will adequately “evaluate its support for distribution and withdrawal of the forked tokens.” It is said that the Merge upgrade could result in new forked tokens.

Part of the announcement read;

“We are pleased to announce that the Crypto.com App and Exchange will be supporting The Merge, one of the most significant and anticipated upgrades in the history of Ethereum. It represents the joining of the existing execution layer of Ethereum with its new proof-of-stake consensus layer, the Beacon Chain.

“To ensure the safety of users’ funds during and after the upgrade, we will temporarily suspend deposits and withdrawals of ETH and all ERC20 tokens on the Ethereum Mainnet in both the Crypto.com App and Exchange during The Merge.

“The trading of ETH and all ERC20 tokens will not be affected. We will closely monitor the situation and resume deposits and withdrawals once The Merge proves to be stable.”

Importantly, users of the platform will not need to do anything to protect their funds or wallet before the Merge. The exchange guarantees the safety of users’ funds during the upgrade period.

It is worth noting that the transfers of ETH and ERC20 tokens will be temporarily suspended during The Merge.

Top Exchanges To Support the Merge

While some crypto exchanges like MEXC, Poloniex, and BitMex have shown support for the yet to exist Ethereum POW (ETHPoW), many top exchanges have consolidated their support for Ethereum’s biggest upgrade. It should be noted that the ETHPOW token is the product of the planned miner-led post-Merge Ethereum fork.

Earlier this month, Binance, the world’s leading blockchain ecosystem, and digital assets exchange disclosed that it will support the Proof-of-Stake (PoS) transition of the Ethereum blockchain.

The crypto platform wrote a notice to further consolidate its support for the Merge upgrade. Binance added that it is closely monitoring the development.