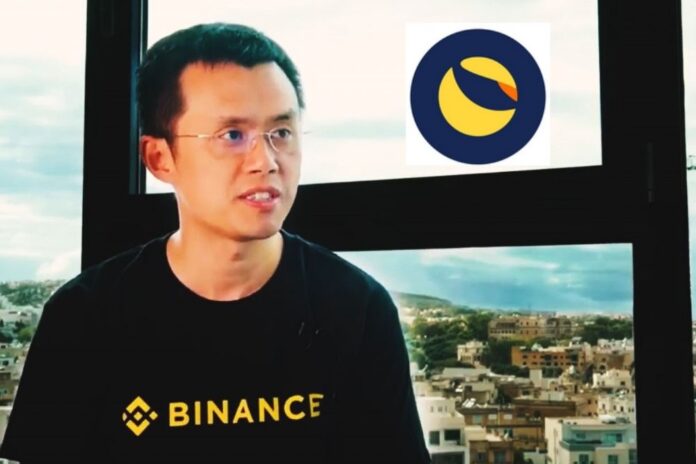 Changpeng Zhao (CZ), the CEO of Binance, who is the richest person in the crypto industry, has recently questioned the idea of hard forking the Terra blockchain, in a bid to get around the major issues it currently faces.

In a series of tweets today, CZ revealed his viewpoint regarding the proper course of action for collapsing projects in the cryptocurrency industry.

CZ said “This won’t work”, while dismissing the Terra validators’ idea of hard forking the blockchain to TERRA2, which would involve the provision of a new version of LUNA to all holders based on a snapshot of the holdings before the tragic collapse played out.

Ditching out his suggestion, CZ said, “Reducing supply should be done via burn, not fork at an old date, and abandon everyone who tried to rescue the coin. I don’t own any LUNA or UST either. Just commenting.”

CZ said in a tweet, “Personal opinion. NFA. This won’t work. – forking does not give the new fork any value. That’s wishful thinking. – one cannot void all transactions after an old snapshot, both on-chain and off-chain (exchanges). Where is all the BTC that was supposed to be used as reserves?”

Recently, he also highlighted the potential issues with forking Terra blockchain, stating that “Minting, forking, don’t create value.” Howbeit, he suggested buying back and burning as part of the means to restoring the value of the token in the market.

1/8 These past weeks have proven to be a watershed moment for the crypto industry. We have witnessed the rapid decline of a major project, which sent ripples across the industry, but also a new found resiliency in the market that did not exist during the last market downswing.

In the thread of tweets, CZ also addressed the falsehoods circulating in the crypto Twitter, which says that Binance invested millions of dollars in the 2nd round of Luna’s fundraising.

While showing his support for Terra’s revival, CZ urged the team to be more transparent.

“Binance did not participate in the 2nd round of Luna’s fund raising nor did we acquire any UST. Binance Labs invested $3m USD in Terra (the layer 0 blockchain) in 2018. UST came much later after our initial investment.

“Binance Labs invested in hundreds of projects over the last 4 years, including exchange “competitors” and many “competing” blockchains. A few of them have fallen by the wayside, but a few have been extremely successful. That’s how investments work.

“The last few days, we tried hard to support the Terra community. In my tweets, I am simply pointing out the potential issues from my understanding. Minting, forking, don’t create value. Buying back, burning does, but requires funds. Funds that the project team may not have.

“In this regard, I would like to see more transparency from them. Much more! Including specific on-chain transactions (txids) of all the funds. Relying on 3rd party analysis is not sufficient or accurate. This is the first thing that should have happened.

“I am not always right, but my perspective is: Failures can/will happen. But when they do, transparency, speedy communication and owning responsibility to the community is extremely important.

“I am just hoping that the project teams can rise from the ashes and rebuild in a proper and sensible way. Regardless of my personal views, or the solution chosen in the end, we will always be here to support the community in any way we can.”