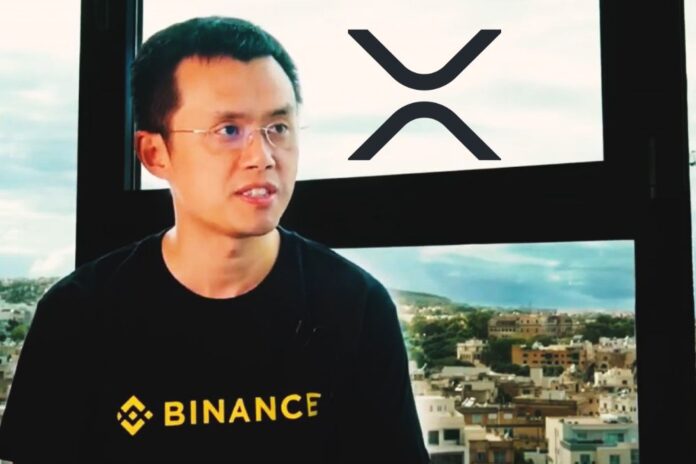 Changpeng Zhao, popularly known as CZ, who is the founder and CEO of Binance, the largest cryptocurrency exchange by trading volume, has recently apologized and cleared the air over a derogatory comment about Ripple and XRP from the Binance-owned crypto data aggregating platform CoinMarketCap.

A couple of hours ago, an image from the popular game “Among Us” was shared via the official Twitter handle of CoinMarketCap. In the tweet, the platform’s teeming followers were sarcastically asked to identify and call out the impostor among the nine mentioned cryptocurrencies in the captioned image.

Read Also: What Coinbase CEO Brian Armstrong Has To Say about Ripple-SEC Case

After tons of comments from the crypto community on Twitter, the crypto data aggregator eventually called out the so-called impostor. From the comments, many were shocked after CoinMarketCap concluded that Ripple’s XRP was the imposter among the listed cryptocurrencies.

According to the platform, XRP cannot be regarded as a digital currency because its use and deployment are majorly controlled by some authorities. The platform claimed that XRP does not align with the primary purpose of crypto, which is decentralization.

CoinMarketCap tweeted, “The answer: $XRP – for being controlled and governed by authorities, hence defeating the purpose of cryptocurrency. All the other coins in this are decentralized and are basically “people’s crypto”.”

According to CZ Binance, he made some findings after the controversial and derogatory tweet aimed at the Ripple and XRP community went viral. He was told that the tweet was shared by an employee who just joined the company.

Binance CEO apologized to the XRP community and assured that such an unfortunate incident will not repeat in the future. CZ made this statement in response to a tweet from a member of the XRP community.

CZ tweeted, “I asked, mistake by a new joiner. All his managers know too now. Shouldn’t happen again. Sorry about that. As platforms, we should remain neutral, to the extent possible.”

I asked, mistake by a new joiner. All his managers know too now. Shouldn't happen again. Sorry about that.

As platforms, we should remain neutral, to the extent possible.