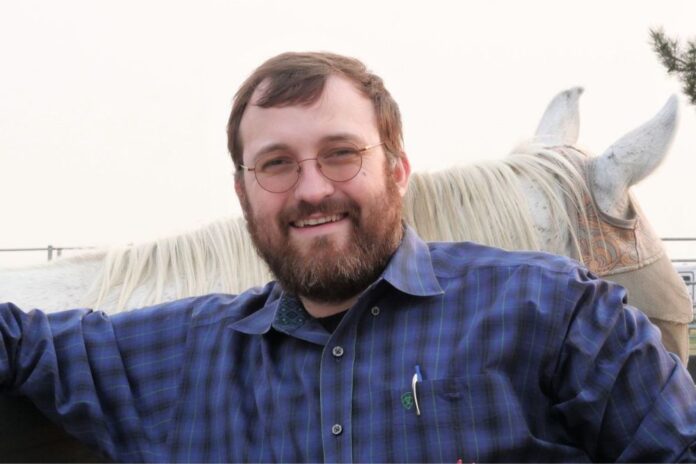 Charles Hoskinson, the CEO of Input Output and the founder of one the largest smart contract platforms Cardano blockchain has recently communicated his interests and plans for the non-fungible token sector. Meanwhile, he encouraged the adoption of the technology, stating that NFTs can be securitized and used as a revenue source.

In a Monday Twitter Space hosted by the ADA creator alongside William Hoskinson, Charles Hoskinson noted that the growth of the NFT space is astonishing and massive. “To be honest with you, I am surprised by the growth and scale of the NFT space. It’s gone from nothing to very substantial in a very short period of time,” he remarked.

Owing to this, the IOG Chief disclosed that he plans to delve into the space as he believes the technology can only continue to expand.  In his words, “what I want to do is just get involved with the high-level, you know, metaverse, GameFi, and something related to collectibles and then watch how those things evolve. And then I’ll worry about things like governance, interoperability, and these types of things and sort of let the commercial people figure out different ways to make money.”

“A lot of what is at the end of the rainbow is going to be complex intellectual property negotiations. License deals. Like, we’ve had some discussions about how you represent a patent portfolio as an NFT. How you can sell the rights to the portfolio and then how that can turn into interest-earning future profits on that,” he added.

Read Also: Cardano Founder States What Would Happen if the SEC Tags ADA a Security

According to him, the non-fungible world is larger than the fungible world, citing that NFTs find relevancy in all facets of life. Particularly, Charles Hoskinson mentioned that in no distant time, the tokenization of brands will record a significant surge. “Tokenization of brands is also becoming increasingly more transparent, especially in a world where influencers and TikTok people, I think, are going to be the first wave to tokenize their brands,” he said.

Furthermore, the Cardano blockchain founder stated, “NFTs are useful for anything that you have a collection of or is connected to something beyond a standardization. So, for example, a deed of land, mineral rights, water rights; any notion of property rights.”

“In the GameFi [gaming and decentralized finance] space, any notion of your character progressing throughout the game, your activities within that game, the special powers that you accumulate, all the rewards that you accumulate – all these things can and should be tokenized at some level,” Hoskinson added.

In addition, he noted that NFTs can also represent experiences, and achievements, like diplomas, and credentials. In buttressing this point, he commented thus,  “Obviously, if you went to medical school and graduated, that’s specific to you. It’s not fungible – it’s specific. NFTs, as a format, I think in each of those areas, is useful.

“So, it’s actually a larger space than the fungible world and you can securitize them. You can take anything that’s an NFT and turn it into something that’s associated with a revenue stream. We can securitize patents as a non-diluted way of guaranteeing capital for a business. If you’re a pharmaceutical company, for example, you have to sell stock. You can pre-sale part of your patent portfolio in anticipation of it generating money. There’s a lot of little stuff like that that can be done.”