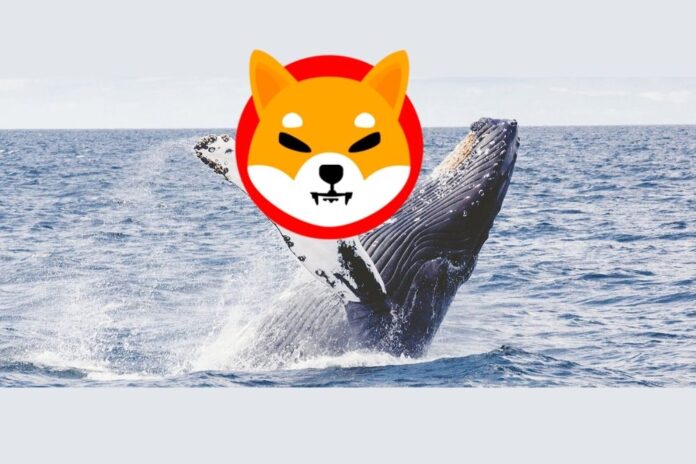 A massive transaction involving a mysterious Shiba Inu (SHIB) whale shifted a total of 3.37 trillion tokens, according to data on Etherscan.

The 3.37 trillion $SHIB was transferred through several wallets over the past several months, all of which had now-relatively small balances, until landing at its current address, according to an analysis of the Ethereum blockchain’s data.

Since there is no ETH stored in the wallet address where the tokens are kept, the address may be a part of a larger wallet that contains other tokens. It’s unclear if the funds belong to an investor securing their $40 million worth of the meme-inspired cryptocurrency, Shiba Inu, or to a cryptocurrency exchange organizing its cold wallet storage.

According to transaction data, the whale only spent $1.69 worth of gwei on the high-value transaction.

Interestingly, before this week’s transfer, the enigmatic wallet had no crypto tokens.

Shiba Inu ($SHIB) users now hodl for an average of longer than six months on Coinbase.

Shiba Inu investors‘ average hold time on the platform is currently 183 days, which is longer than the average hold period for other major cryptocurrencies, including Bitcoin (BTC), Ethereum (ETH), Cardano (ADA), and Solana (SOL).

Holders of Shiba Inu (SHIB) are likely hodling their assets because new, well-liked solutions are soon to be released, and even after the project’s founder left, developers and the community continued to run Shiba Inu.

Shiba Inu Burns on the Rise

Shiba Inu burns have also been increasing, with an especially large number of tokens sent to the burn wallet in August.

3.78 billion SHIB tokens were burned in August, according to Shibburn, a website that keeps track of the quantity of SHIB tokens taken from circulation.

Since there are still 559 trillion SHIB tokens in circulation, even though more than 410 trillion SHIB have already been burned, the burn rate would need to increase for future price appreciation.

The top Ethereum whales have spent $6 million since Monday, which equals 475,435,816,164 SHIB at the current SHIB/USD conversion rate, according to a recent tweet from WhaleStats.

On Monday, these whales had more than $147 million of these meme coins. Shiba Inu tokens, worth $153,202,373, were found in these wallets, according to WhaleStats.