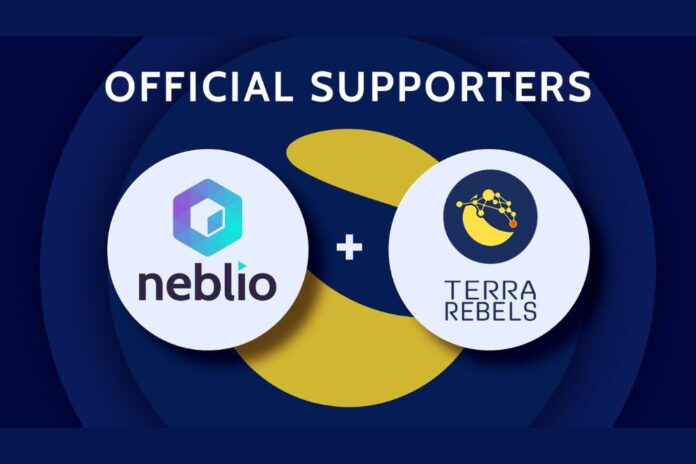 The Neblio project team, which started supporting Terra Classic through a partnership with Terra Rebels, is on course to roll out a project that could greatly boost LUNC.

The decentralized and high-performance blockchain platform built for enterprise and industry 4.0 applications and services Neblio, is set to launch a mobile wallet service that supports LUNC staking for rewards. The team shared this update a couple of hours ago on Twitter with a sneak peek of the wallet.

Per the update, users who stake LUNC on the upcoming phone wallet powered by the Neblio team would earn rewards in NEBL. Likewise, users who stake the native token of Neblio platform NEBL would receive Terra Classic (LUNC) as staking rewards.

“We have something great to share with you! The Neblio team has been preparing some exciting news for you guys. Their team is developing a new mobile wallet for Neblio with a staking option.”

An announcement for the #LUNC community from #terrarebels and #neblio pic.twitter.com/3nS2EDrWso

Neblio took to Twitter on Thursday to affirm the announcement thus:

“We’re excited to announce the new Neblio phone wallet is in the making and will feature $NEBL staking support as well as cross-staking campaigns, i.e. earn $NEBL by staking $LUNC and vice versa.”

We're excited to announce the new #Neblio phone #wallet is in the making and will feature $NEBL #staking support as well as cross-staking campaigns, i.e. earn $NEBL by staking $LUNC and vice versa.
Follow @NeblioTeam for updates!#Bitcoin #Crypto #TerraClassic pic.twitter.com/RULoc1bkvA

However, this update was received with mixed reactions by members of the Terra Classic community. The skepticism about this development comes as a result of Terra Rebels’ misappropriation of the $150,000 allocated for the building on the independent LUNC wallet – Rebel Station.

Alex Forshaw, an ex-Terra Rebels member expressed his lack of interest in the LUNC-supported Neblio wallet saying, “Great news guys! Remember that $150k you gave us to ship things relevant for the LUNC chain? Well, after stealing the funds, we decided to ship an onramp for an unrelated, VC-owned shitcoin! LUNC community ftw! You’re welcome, LFG!!”

Per a report by TimesTabliod the Terra Classic community called out to the independent LUNC development group to refund the $150,000 (937.5 million LUNC). As also included in the report, a former TR member who hacked Terra Rebels’ Twitter page, divulged the group’s corruption, citing the grounds on which the TR can be sued.