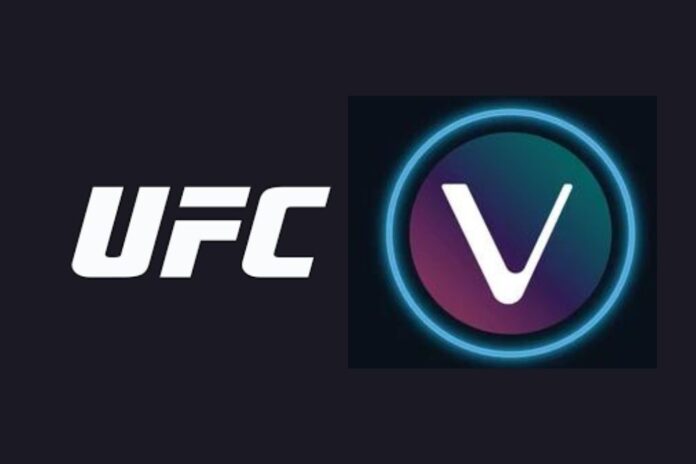 This collaboration has made VeChain become the first-ever official layer1 blockchain partner of UFC. Through the partnership, VeChain will receive one of the deepest integrations within the premier UFC assets of any sponsor in UFC history.

“VeChain will own UFC’s official fighter rankings titleship, UFC Rankings Powered by VeChain. This unique and new integration offers VeChain incredible visibility across live broadcasts of UFC’s biggest events– its Pay-Per-Views– as well as UFC digital and social channels.  The integration also provides VeChain with a strong association with one of the most important components of UFC matchmaking—the fighter rankings.”

Also, VeChain’s prominence at UFC’s live events will be reinforced with two additional high visibility activations. The blockchain platform will also be entitled to a branded presence inside UFC’s world-famous Octagon® at all 42 UFC events annually and the 10-event Dana White’s Contender Series.

VeChain will also be promoted in-venue at all UFC events, highlighted by frequent, dynamic branding on UFC Fight Deck, and many more.

The report also stated that the partnership will vastly boost VeChain’s global awareness as it is set to be featured within an estimated 900 million TV households in 175 countries that receive UFC’s broadcasts.

Reacting to the new development, Sunny Lu, co-founder and CEO of VeChain, branded the new deal as a historical moment for VeChain and its ecosystem. He said it will also enable VeChain to spearhead the move to push for the global adoption of blockchain technology.

“It is a historical moment when VeChain, the Layer 1 public Blockchain with the most enterprise adoption, joins forces with the fastest growing sport to raise awareness that blockchain technology is critical in helping deliver major global objectives, such as sustainability.

“This is just the beginning of a multi-year relationship with UFC, and we really look forward to changing the world together.”

Read Also: VeChain (VET) Listed On Binance Auto-Invest. $90,000 in VET To Be Shared: Here’s How to Benefit

“VeChain is a globally recognized leader in blockchain technology, and we couldn’t be happier to welcome them as an Official Marketing Partner of UFC,” said Paul Asencio, UFC Senior Vice President of Global Partnerships.

“VeChain’s expertise in using real-world blockchain applications to help the public and private sector achieve their carbon-neutral goals is an effort we are proud to support.  We’re looking forward to working with VeChain to leverage UFC’s worldwide popularity to promote a positive message that blockchain technology can be used to protect our environment for future generations.”