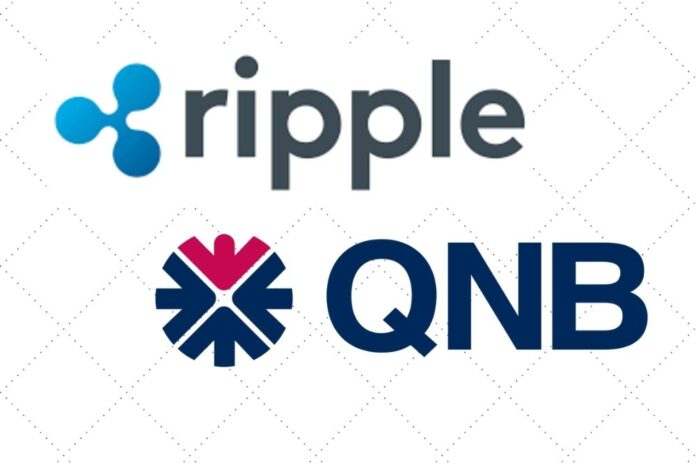 QNB revealed its global plan for cross-border payments on 4th October 2021 in Doha. The collaboration is targeted at launching a remittance service based on Ripple technology to improve QNB’s payments across the border.

According to the agreement between both parties, QNB will initially pilot Ripple’s global financial network technology known as RippleNet with QNB Finansbank in Turkey as part of a group rollout.

Through the collaboration, QNB intends to leverage RippleNet’s utility to improve cross-border payments and expand its remittance business across several countries.

“We’re excited to be a strategic partner with Qatar National Bank (QNB), bringing together banking and Fintech innovations to improve the cross-border payments experience and eventually scale QNB’s remittance service on RippleNet into new markets.”

“QNB always innovate to provide the best of service to its customers and this partnership is yet another Fintech initiative of the bank to enhance the product offerings for our customers.”

Through its network of affiliate companies, the Group extends to over 31 countries across three continents, providing different advanced products and services.