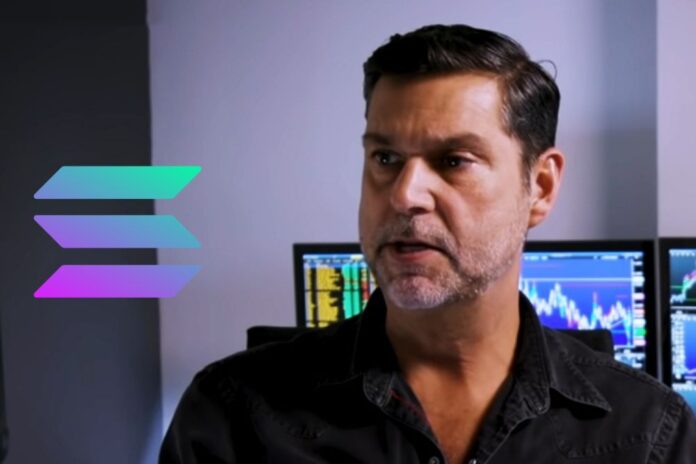 Raoul Pal, the founder and CEO of Real Vision, has recently stated that Solana (SOL), one of the most prominent rivals of Ethereum (ETH), has the potential for a vast upside trend after the price fall triggered by the FTX collapse.

In a new YouTube video, Pal told his teeming subscribers that Solana (SOL) has a lot working in its favor to ignite an eventual bull run.

Read Also: Solana Co-Founder Says “We Want To Synchronize the World at the Speed of Light”

The macro guru said the strong use cases embedded in the Solana blockchain for brands and consumers are helping it to become more resilient despite unwanted outages and the impacts of the FTX exchange collapse.

In the course of the strategy session, Pal also noted that the trend currently exhibited by Solana (SOL) is similar to that of Ethereum in 2018 when the price of ETH dropped by more than 90%.

Solana itself, I think it’s doing something very clever. In cryptocurrencies, what matters is narrative. Bitcoin narrative, digital gold for example. Ethereum, the distributed Internet for Web3. So where do these other chains fit in? Well, Solana has and is building a narrative, which is that it is the consumer chain. And yes, there are some others doing that. FLOW, I think is another example, much smaller.

But the consumer Internet, these are the people who’ve done the deal with META, doing deals with Google. They’ve got stores. They’ve got clothing lines. They have a consumer feel to them. And I believe consumer adoption, not at owning cryptocurrencies, but the use of NFTs and other digital assets is only going to explode over the next few years. We’ve just seen Nike building out more. We’ve seen Adidas. We’ve seen the fashion brands. We’ve seen Ticketmaster…

“Solana reminds me of Ethereum back in 2018 when it was down 97% and nobody cared. And that was a great bloody opportunity.”