HomeBitcoinProShares Plans to Release the First Short Bitcoin-Linked ETF in the U.S....
BitcoinNews

ProShares Plans to Release the First Short Bitcoin-Linked ETF in the U.S. on June 21 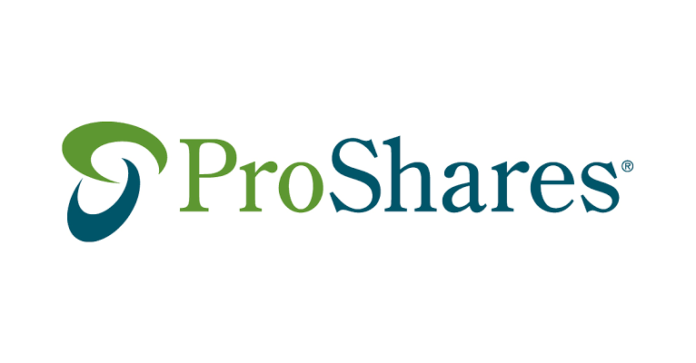 ProShares, which offers one of the largest lineups of ETFs in the United States and a pacesetter in the Exchange-Traded Fund (ETF) uprising since 2006, is ready to launch the first United States Short Bitcoin-Linked ETF (BITI) tomorrow – June 21, 2022. Similarly, Short Bitcoin Strategy ProFund (BITIX) will be launched by ProFunds on the same day.

Over the years, it has been seen that Bitcoin (BTC) can drop in value. Overall, price declines in the cryptocurrency market will never cease to occur. For this reason, the ProShares Short Bitcoin Strategy ETF with the ticker BITI is being initiated.

This exchange-traded fund is designed to enable investors to potentially profit from Bitcoin even in a downtrend market. Also, the ProShares BITI seeks to present an avenue for investors to hedge their cryptocurrency holdings/ exposure.

More so, it is structured to deliver the inverse of the performance of the S&P CME Bitcoin Futures Index. Meanwhile, it is through bitcoin futures contracts that the ProShares Short Bitcoin-ETF intends to attain exposure.

Per the announcement, the ProShares BITI “will offer investors the opportunity to potentially profit when the daily price of bitcoin declines, with the convenience, cost-efficiency, and liquidity of an ETF.”

In the words of ProShares CEO, Michael L. Sapir;

BITI affords investors who believe that the price of bitcoin will drop an opportunity to potentially profit or hedge their cryptocurrency holdings. BITI enables investors to conveniently obtain short exposure to bitcoin through buying an ETF in a traditional brokerage account.

Investors should monitor their holdings as frequently as daily. Investors should consult the prospectus for further details on the calculation of the returns and the risks associated with investing in this product, he added.

Interestingly, ProShares’ affiliated mutual fund company, ProFunds, will roll out the Short Bitcoin Strategy ProFund with the ticker BITIX on the same day. It should be noted that the BITIX mutual fund will possess the same investment aim as BITI and it is for investors who prefer a mutual fund over an exchange-traded fund (ETF).

On the other hand, ProShares company warns investors of the risk associated with bitcoin and bitcoin futures in terms of lack of regulation, vulnerability to market manipulation, and price volatility. The company reiterates that there is no guarantee of the products achieving their investment objectives.

ProShares’ ETFs on the Rise

ProShares continues to increase its lineup of ETFs with the introduction of BITI and BITIX. Reportedly, BITO, which was the company’s first bitcoin-linked ETF in the United States became the most successful ETF ever launched in history.

BITO was launched in October 2021 and it attracted over a billion dollars in assets in just two days only. In the same vein, ProFunds launched the first bitcoin-linked mutual fund, BTCFX, in July 2021.

The company prides itself as the only one in the United States to allow investors to express their views on the direction of bitcoin regardless of price movement.