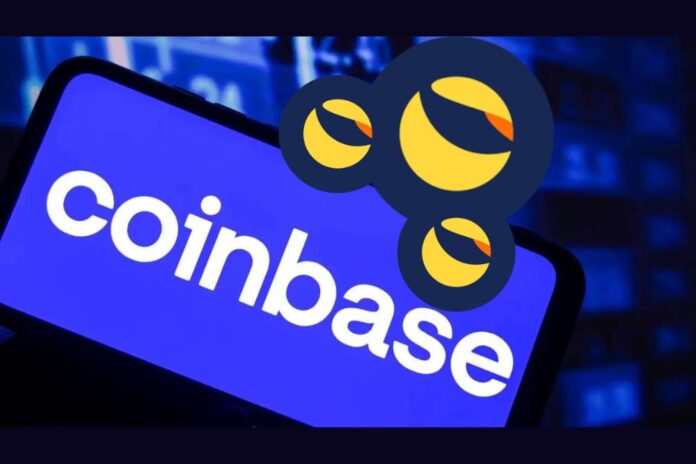 Things are beginning to go as planned for the Terra Classic community as more LUNC tokens are burned on a daily basis. The LUNC burn became intensified following the implementation of the 1.2% burn tax by Binance, the world’s largest crypto exchange by trading volume.

Despite this notable progress, the vast community of members still want more exchanges to list the imploded cryptocurrency as they gun for a dramatic revival. One exchange the community is focusing on right now is Coinbase, the largest US-based crypto trading platform.

Terra Classic enthusiasts are also calling on Robinhood, the popular investing app that has a number of cryptocurrencies on its list, to consider the inclusion of LUNC on its platform, but the loudest call right now is for Coinbase’s consideration.

Terra Classic community believes that the inclusion of LUNC on exchanges, such as Coinbase, would boost the overall burn rate of the cryptocurrency.

Coinbase is known as the third-largest crypto exchange in the world by daily trading volume. According to Coingecko, the exchange has a 24-hour trading volume of $1.02 billion. This number is prompting the teeming LUNC investors to intensify their call for LUNC listing on the trading platform. They believe Coinbase has a huge part to play in LUNC revival through continuous burning.

The vigorous call is ongoing on Twitter, and data is saying that over 200,000 tweets are currently calling for Coinbase to list LUNC, using the hashtags such as CoinbaseListLunc, #CoinbaseRelistLunc, and other related words and hashtags. These tweets are meant to get the attention of Brian Armstrong, the CEO of the leading crypto exchange.

There is no response yet from the Coinbase team to the request of LUNC investors. However, Terra Classic enthusiasts are being motivated to keep pressing on a daily basis, and their “never say die” mentality may help them get a tangible result eventually.