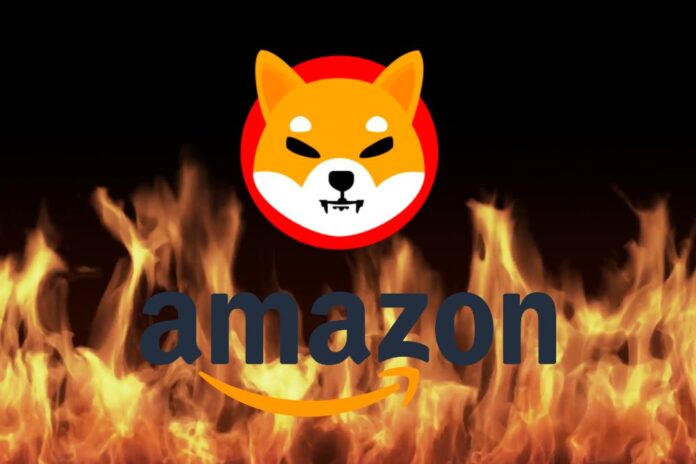 More unique ways continue to get introduced in the Shiba Inu ecosystem to enhance the progressing SHIB burn initiative.

In a recent update, Shibburn Radio, a new project by the meme token tracking platform, Shibburn announced that SHIB can now be burned by tuning into the radio station which is available via Amazon‘s Alexa devices.

Shibburn Radio is a new and developing online radio station project that plays the latest music non-stop. The radio project being worked on by the popular ShibBurn team also allows for the burning of the second-largest decentralized meme token, Shiba Inu (SHIB).

Per the Friday announcement, users can now download Shibburn Radio on Android devices to listen to trending songs, citing that the iOS Shibburn Radio application will be ready soon for corresponding users.

“In order to use the “play” invocation with Alexa, we had to take a different path. Now, instead of having people enable a Skill via the Alexa app, it will be more direct with Alexa devices. Amazon has completed the station ingestion, and told us that Shibburn Radio is now live.”

Additional work is in progress to complete search indexing. I tried it, didn’t work. They told me it may take 1-2 weeks to route appropriately. You’ll know it’s routing appropriately when you can say “Alexa play Shibburn Radio” and response is “Playing Shibburn Radio,” the tweet said.

Shibburn Radio for Android is now available for download. https://t.co/xiLO5MwHWx

Earlier in June, the Shiba Inu-linked radio landed on the popular TuneIn radio platform while the Shibburn Radio also got on Apple Music earlier this month. Although the full launch of Shibburn Radio is pending, the number of listeners and total hours listeners hours increased to 197 users and 987.71 hours as of August.

“Basically, it’s an effort to get sponsors to burn more and expose SHIB to more people. It helps to have ads in the stream, but keep in mind that licensing is expensive for this kind of station. More and more people are listening to us, all of which helps at no expense.”

“[…]the full launch will take place soon, including the new website, app, and live DJs who will play in a studio I have been working on for several months. (95% completed).”

“We do have another project coming soon, and believe that it could burn tens of billions, if not trillions of SHIB. It’s not just a card.l,” Shibburn tracking platform added.

@shibburnradio is another project we’re working on that also burns SHIB. The full launch will take place soon, including the new website, app, and live DJs who will play in a studio I have been working on for several months. (95% completed)