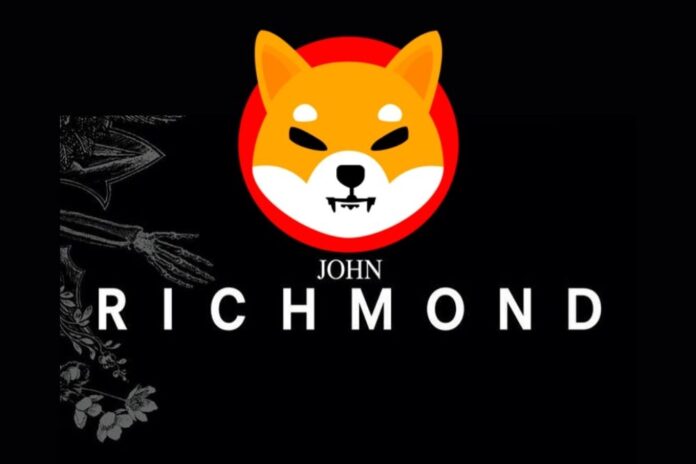 In February of this year, the Shiba Inu team announced a collaboration with John Richmond that included an NFT project; physical versions of this project would be showcased at the fashion show. Additionally, a marketing campaign saw Shiba Inu-themed designs sprout on Milan’s streets preceding the exhibition and the creation of the collection.

On the eve of Milan Fashion Week, the world’s largest fashion event, renowned designer John Richmond unveiled an illustration of his partnership with Shiba Inu. The 62-year-old fashion company attached an image in the tweet, hinting that printing of the Milan Fashion Week design has already begun.

The design was initially drawn on paper before being printed on the shirt and with the inscription “John Richmond” in the center of two crossed bones. A second inscription boldly spelling out “SHIBA” is written beneath the first one, which reads, “Legends Live Forever.”

Two leaders bringing their vision, their legacy and their heritage into one big project..this is going to have a major impact in the industry, promise!#LegendsLiveForever #JR #SHIBA pic.twitter.com/kv8yqOzMHe

On September 20, a full exhibition of the 62-year-old modeler’s collection with a cryptocurrency theme will occur. There will be 10,000 NFT pieces made by Richmond, some of which have already been showcased. The collection’s title is Legends Live Forever.

Recently, Shiba Inu enthusiasts were told by the fashion company that the collaborations will significantly impact the fashion industry in a tweet posted by the official Twitter account of John Richmond.

“Legends Live Forever. Two leaders bring their vision, their legacy, and their heritage into one big project. This is going to have a major impact on the industry, I promise,” John Richmond tweeted.

John Richmond to Publicly Disclose Virtual Land Buying for its Store in SHIB: The Metaverse

In April, John Richmond showed interest in purchasing a virtual store in the SHIb metaverse. He referred to this plan in a tweet Sythoshi Kusama retweeted.

John Richmond kept quiet after posting the tweet and hasn’t provided any updates on the purchase. Therefore, we can anticipate John Richmond to announce the purchase of virtual land for its store in SHIB: The Metaverse and provide further information about it during the event.

Is The Fashion World Falling in Love With NFTs?

Arav Group owns the Marcobologna and Silvian Heach brands and runs John Richmond. In 2017, the company bought a majority share in the fashion company that the British designer, who is still the creative director, founded.