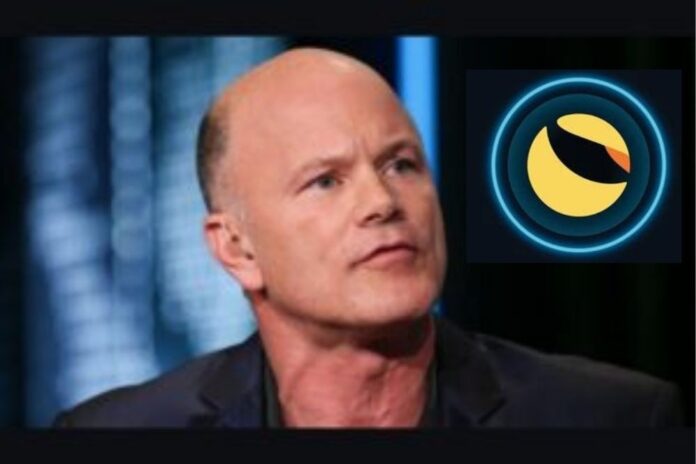 Mike Novogratz, the CEO of Galaxy Digital, one of the most influential among Terra (LUNA) proponents, has finally spoken in a recent shareholder letter after days of remaining silent over the collapse of the Terra ecosystem.

Novogratz, who claimed to have been busy reflecting on the economy and the crypto industry, stated that the collapsed algorithmic UST stablecoin was “a big idea that failed.”

According to Novogratz, Galaxy Digital invested in Luna in late 2020. Back in January, the prominent entrepreneur displayed the tattoo that signifies that he’s a diehard Terra (LUNA) supporter.

After the major collapse of LUNA and UST, Novogratz was widely taunted by notable crypto community members, including Cardano creator Charles Hoskinson, for his excessive promotion of the failed crypto project.

Back then, the billionaire entrepreneur said, “My tattoo will be a constant reminder that venture investing requires humility.”

I’m officially a Lunatic!!! Thanks @stablekwon And thank you my friends at Smith Street Tattoos. pic.twitter.com/2wfc00loDs

Novogratz further explained that the downward pressure on Bitcoin (BTC), which serves as the reserve asset of the Luna Foundation Guard foundation, and UST withdrawals, initiated the unfavorable and unforgettable event. This implies that LFG didn’t have enough reserve to prevent the collapse.

The Billionaire credited the LUNA collapse to unfavorable global market conditions. He also urged investors to diversify their crypto portfolio to avoid being massively affected when an asset loses its footing like LUNA.

Despite the Terra fiasco, Novogratz is certain that crypto has come to stay. But he also warns investors to trade carefully because the market may not return to normal as soon as expected.