MicroStrategy CEO to Elon Musk: If You Can’t Buy All of Twitter, You Can Buy a Fraction of Bitcoin 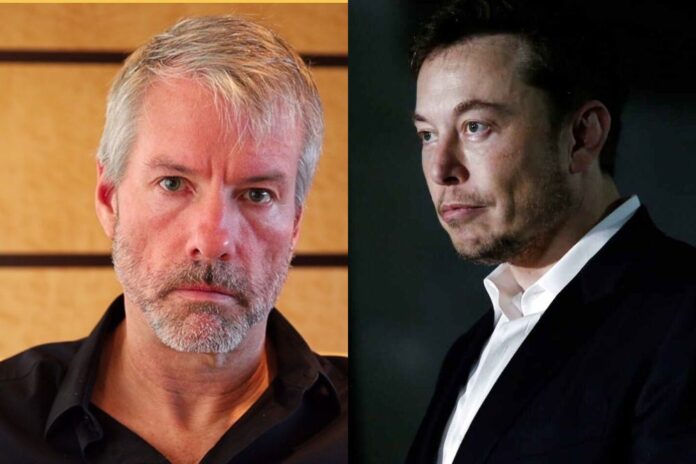 There have been lots of reactions regarding the decision of Tesla CEO, Elon Musk, to purchase the popular microblogging platform, Twitter, for relatively $41 million.

Among many comments that followed Musk’s announcement was that of the founder and CEO of MicroStrategy, Michael Saylor, who is a popular Bitcoin (BTC) proponent.

A few hours ago, Saylor urged the owner of Tesla to resort to buying just a fraction of the largest cryptocurrency by market cap if his hope to purchase the whole of Twitter is dashed.

Michael tweeted, “lf you can’t buy all of @twitter you can still buy a fraction of #bitcoin.”

lf you can't buy all of @twitter you can still buy a fraction of #bitcoin.

It can be recalled that Elon Musk disclosed that he had legally made a move to buy Twitter for $41.39 billion, a few days after his stake in the leading social media platform was made public.

In a letter to Twitter chairman Bret Taylor, Musk said, “I invested in Twitter as I believe in its potential to be a platform for free speech around the globe, and I believe free speech is a societal imperative for a functioning democracy.”

Musk also pointed out that after investing in Twitter, he came to know that the company will still not achieve its societal goals, which is why he decided to take the company private if his offer of $41.39 is granted.

The billionaire tech expert also said that he sees the whopping offer as his best and final move, adding that if his desire fails to go through, he will have no other option than to reconsider his position as a stakeholder.